Do you have a passion for the outdoors? Do you want to be inspired by different authentic stories of people all around the globe? If your answer is a big YES, you are in for a treat as the renowned Yeti Film Tour will stop at the Mountain Winery Amphitheater this May 12, Thursday. This is a limited 12-date tour, and Saratoga's famous venue is lucky enough to be one of few. So don't waste this opportunity to watch this year's powerful stories and meet Yeti's well-known ambassadors who represent the best of the best in their various outdoor pursuits. This is your chance to be rubbing elbows with these amazing people who made a mark in their own fields. Click on the "Get Tickets" button now to secure your ticket. 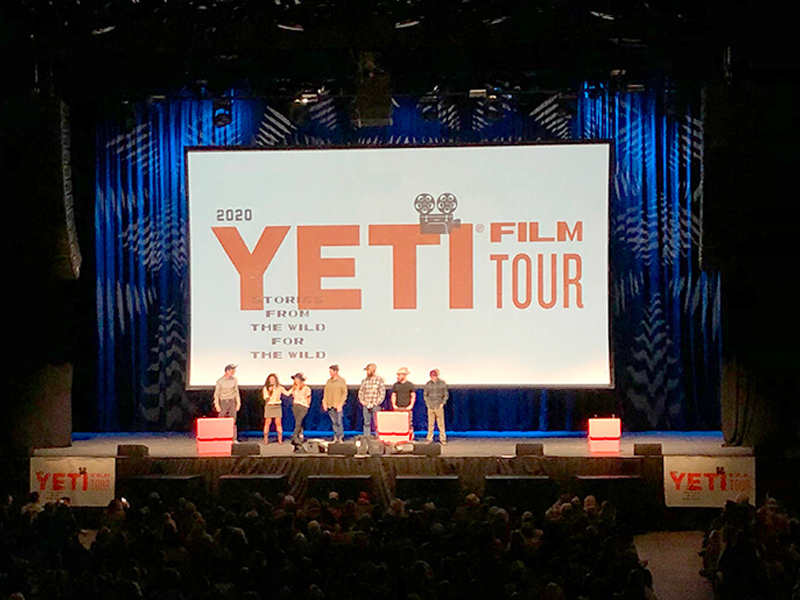 Based in Austin, Texas, YETI is an American manufacturer specializing in outdoor products. As a leading premium outdoor brand, YETI holds a film tour that showcases inspiring tales of the wild. The first film tour was released in 2015, and since then, it has continued to produce inspirational stories that highlight triumphs, tragedies, and the spirit of people who share a collective passion for adventure and the outdoors.

This year is the 4th year of the film tour, and it will debut a collection of seven never-before-seen YETI Presents films, all of which showcase inspiring tales from the wild.

"The wild is where we rediscover our purpose and share experiences that bring us closer together," said Paulie Dery, CMO at YETI. "After two long years apart, we look forward to joining our communities to enjoy these films, celebrate the outdoors, and support organizations working to preserve the wild for future generations."

Aside from having the chance to watch the featured films this year, the attendees will have the opportunity to meet some of Yeti's well-known Ambassadors –– women and men who represent the best in their various outdoor pursuits. From anglers and hunters to surfers and climbers, most of these Ambassadors have been featured in YETI Presents films.