The Grammy Award-winning duo, The Righteous Brothers, are scheduled to appear at the Mountain Winery Amphitheater on Sunday, September 25th 2022. Originally formed in 1963, these two huge artists are renowned the world over for many iconic tunes, mainly, "You Have Lost That Loving Feeling," and "Unchained Melody," which have both scored Top 20 Hits and been re-released a few times. Grab your tickets here to the newly re-formed Righteous Brothers and come listen to the smooth lower baritone notes of Bill Medley perfectly balanced against the higher tenor notes of Bucky Heard. 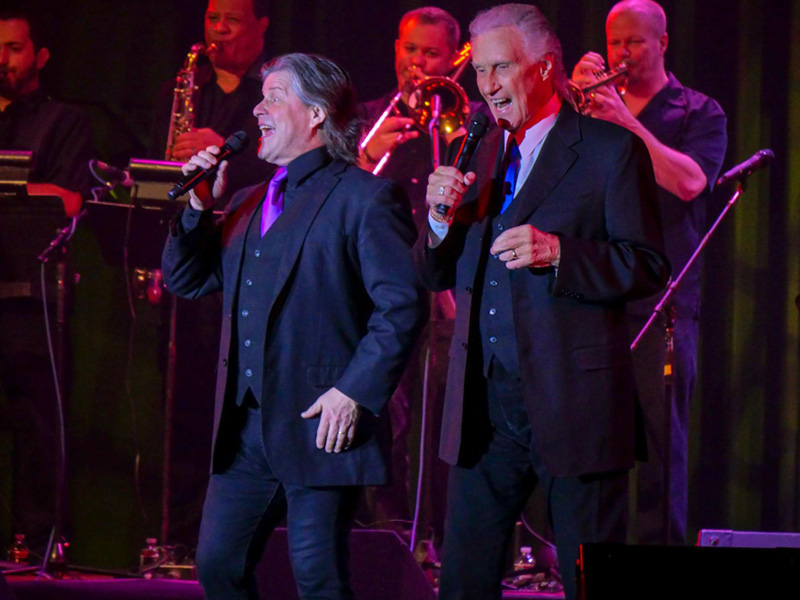 In 1962, Bill Medley met Bob Hatfield, and formed the duo, The Righteous Brothers. Hatfield and Medley had contrasting vocal ranges, Medley sang the lower bass-baritone, while Hatfield taking the higher tenor notes, his diversity of sound helped them create their successful, and distinctive sound as a duet.
In 1964, with producer Phil Spector, they penned and released their iconic and world renowned "You Have Lost That Loving Feeling", often considered in the music, as one of their finest works and a landmark recording in popular music. This song became the most-played song on American radio and television of the 20th century. Another transatlantic great hit, "Unchained Melody" followed in 1990.

In 1968, the duo went their separate ways and performed individually, with some limited success, until they reunited in 1974. In 1990 the original song "Unchained Melody" appeared in a Patrick Swayze film, and the public demand for re-release of the record lead to their re-recording of a second version of "Unchained Melody". Both versions aired at the same time, and the Righteous Brothers became the first band to have two versions of the same song in the top 20 at the same time. Shortly after their induction in the Rock and Roll Hall of Fame in 2003, Bob Hatfield died, and Bucky Heard replaced him. In 2005, they were inducted into the Vocal Group Hall of Fame.