The scenic venue of Mountain Winery Amphitheater will light up like a Carnival this September 27 as the pop rock royalty, Natalie Merchant, brings her lush and poetic indie rock tunes to Saratoga, California. The scenic backdrop of the iconic venue is perfect for the 59-year-old's concert, filled with masterfully crafted lyrics and musicality that will leave the audience in awe. Whether you are a loyal fan of Merchant from her early days as the lead singer of 10,000 Maniacs or an avid listener of her folksy, gospel-tinged, and pop-rock tunes, this concert will satisfy your need for quality music. The show may be months away, but be sure to get your tickets as early as today to secure the best seats in the venue. Grab yours by hitting the "Get Tickets" link here. 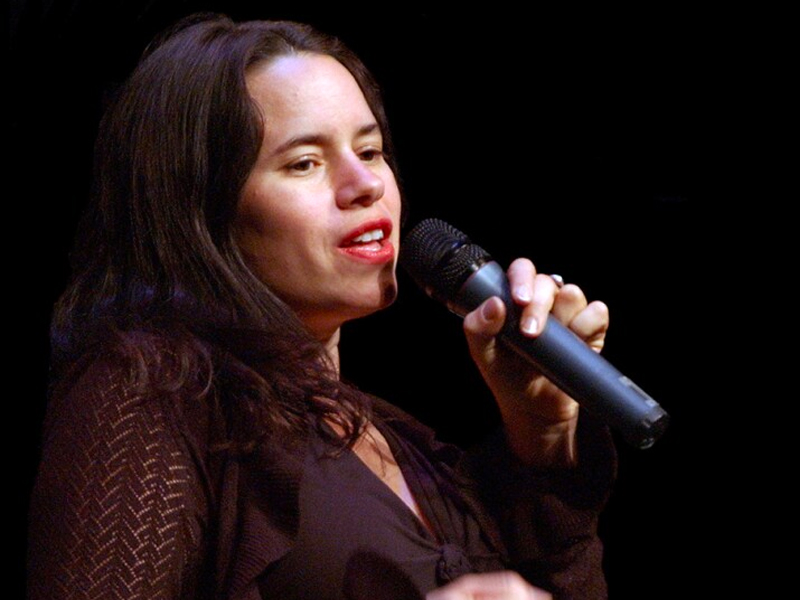 Before becoming an established solo artist, Natalie Merchant was the lead vocalist of the famous rock band 10,000 Maniacs. As the band's lead vocalist and main lyricist, her musical talent shone but was somehow restricted. Her involvement with the group lasted for their first seven albums, after which she began a solo career.

As a solo artist, Natalie's socially aware songs made her a leading figure in pop music. Her brilliance shone through. As her debut album "Tigerlily" was released, her place among the best artists was secured. Both critics and listeners hailed the album as a success. Most memorable in her debut is the single "Carnival," which was her first top-ten single on the charts. A cascade of masterfully written and sonically brilliant albums came after. Her second album "Ophelia" presented prolific arrangements and was again a mainstream favorite. By 2003, her sound evolved into a more folk-rock genre and was evident on her album "The House Carpenter's Daughter." In 2010, she released the album "Leave Your Sleep," a heartfelt and intimate account of her daughter's first six years of life. This was followed by her 2014 self-titled album. In 2023, she will be releasing her eighth album entitled "Keep Your Courage," much awaited by fans and critics alike.

As support to her upcoming album, she will be headlining a tour. Fans residing in Saratoga, California, see her live at the magnificent Mountain Winery Amphitheater on Wednesday, September 27, 2023. Make sure you don't miss out by reserving tickets now!