Mountain Winery Amphitheater's excitement this summer will be multiplied by the Power of Two as the famous duo of Amy Ray and Emily Saliers will give one of the most exciting yet intimate performances of their career this Monday, 20th June 2022. Join the Grammy-Award-winning Indigo Girls in a night of endearing contemporary folk songs that show you how two guitars and two harmonizing voices can play with your emotions. Aside from performing their classic hits, such as "I Don't Wanna Talk About It," "Power of Two," "Galileo," and "Closer to Fine," the duo will perform at Saratoga, California's famous venue to give their loyal fans a taste of their newest album, "Look Long." Grab your tickets now and prepare to get Closer to Fine as you wait for this summer's highly-anticipated folk concert. Click on the "Get Tickets" button to reserve your tickets now! 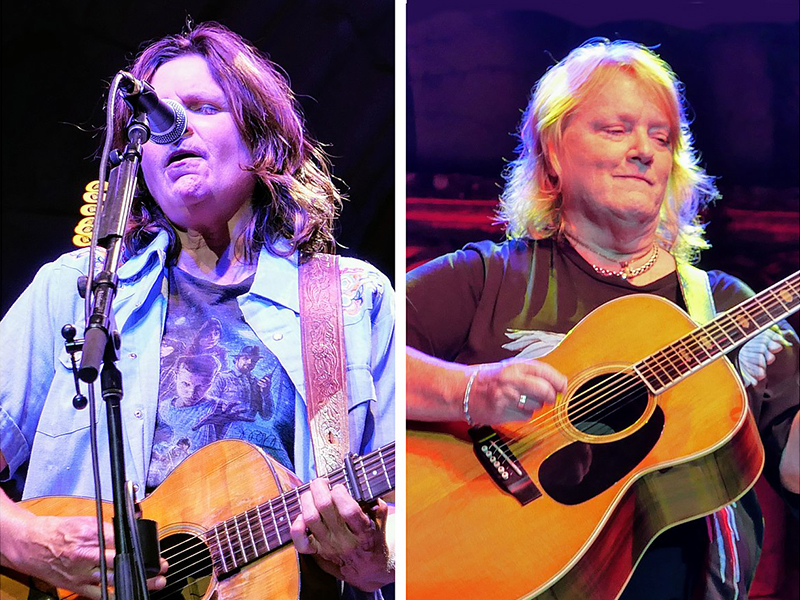 Making music for nearly four decades now, The Indigo Girls remains to be among the most enduring musical outfits in the female singer-songwriter scene. Their massive influence on many artists cannot be denied. After all, we have seen generations of guitar-strumming artists and rootsy stoners of all ages and genders sing along to the Indigo Girls' expansive songbook by heart. Their modest chart hits peppered throughout the 1990s, like "Closer to Fine," "Power of Two," "Galileo," and "Shame on You," enabled them to build a loyal following among diverse fans who enjoy the duo's heartstring-tugging and socially-conscious songs.

Even though these songs did not place higher on charts, they have helped them to become a household name in the folk music scene. The duo earned seven Grammy nominations and won one as "Best Folk Recording" for their 1989 self-titled album.

The duo regularly delivers concerts and tours across the country throughout their career. The most recent one was in 2017, when they embarked on a 50-date show, performing their music arranged for a symphony orchestra.

Today, after nearly five years of hiatus from being on the road, the Indigo Girls are back on the road for their 2022 tour. In support of their latest album, "Look Long," these two real-life best friends will stop at Mountain Winery Amphitheater, Saratoga, California, this Monday, 20th June for another incredible performance. Catch these two amazing musicians by reserving your tickets as early as today. Click on the "Get Tickets" link to check yours out.