David Spade will surely make Mountain Winery Amphitheater's summer night more humid this July 29, as the award-winning standup comedian brings the fun and laughter of his "Catch Me Inside Tour" to the famous Saratoga, California venue. The 57-year-old actor-comedian will deliver his two-hour comedic masterpiece in front of his Californian fans while sporting his suave persona and his signature dry humor. Be sure to watch him live on stage because the moment he grabs that microphone, you are in for one hilarious ride. Bring the entire gang and immerse yourself in the comedy of the one and only David Spade. Grab your tickets now by hitting the "Get Tickets" button. 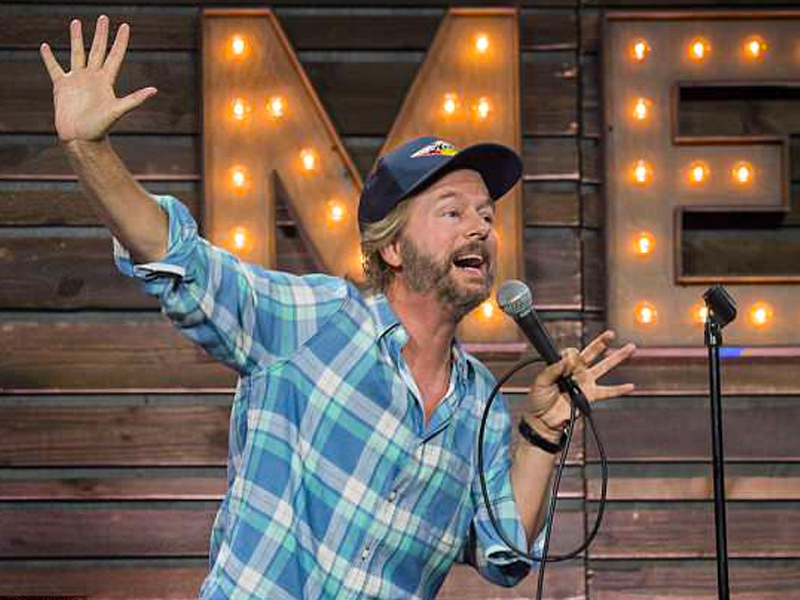 Known to be a mainstay of SNL Live in the 90s, David Spade gained popularity with his brand of comedy that heavily relies on sarcasm, and self-deprecation is always a hit to many spectators who couldn't get enough of this 57-year-old's dry humor. Spade also has a prolific career in film and TV and has starred in many blockbuster movies since the 2000s. He received an Emmy nomination and two Golden Globe nominations for his role as Dennis Finch in the acclaimed "Just Shoot Me!" He also rightfully received a star on the Hollywood Walk of Fame –– further cementing his mark on Hollywood.

Moreover, Netflix has recently released his comedy special "David Spade: Nothing Personal," and it is already cracking up laughs worldwide. Thanks to his comedic way of storytelling that proves that no topic is off-limits for the veteran comedian.

This summer and fall, fans will be able to witness him again in his standup comedy tour across the country. Coined as "Catch Me Inside," the series of shows will make a stop at Saratoga California's Mountain Winery Amphitheater this July 29 Friday. Tickets are now available, so you can get a hold of one on this site by clicking the "Get Tickets" button.