Are you down for some good 'ol blues music from one of the pioneers in the genre? Come to the Mountain Winery Amphitheater this Thursday, September 22, to experience the timeless music and virtuosity of the multi-Grammy award-winning American blues musician George "Buddy" Guy. Together with the Paul Butterfield Blues Band member Elvin Bishop, the Rock and Roll Hall of Fame inductee will bring the Chicago blues to the majestic Saratoga, California venue. If you are looking for a concert evening filled with an extraordinary fusion of blues, avant rock, soul, and free jazz, you should click the "Get Tickets" button to reserve your seat for the show! Grab your tickets now, and see you there. 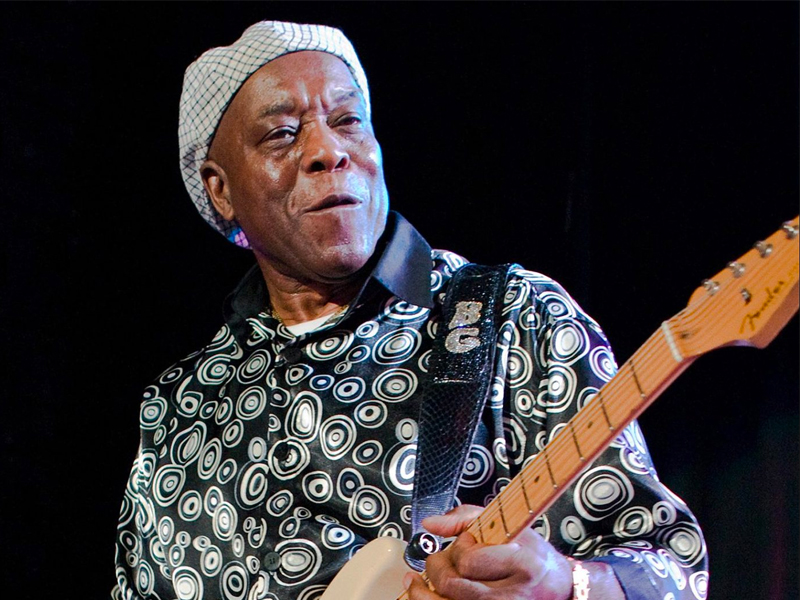 Before Eric Clapton, Jimi Hendrix, John Mayer, The Rolling Stones, and many more became the most prominent artists and guitarists, there was Buddy Guy, who represented Chicago blues since the 1960s. He is one of those that influenced all of those mentioned legendary artists. Clapton even calls him "the best guitar player alive."

Buddy Guy started playing blues in his teenage years, starting with his two-string guitar. At first, he never saw it as something he would do as a career. He only played guitar to be different because there were barely any guitar players during that time. During the 60s, he worked as a truck driver while recording and performing in the evenings. He was not allowed to play his authentic style at the recording studio where he was signed. Throughout that decade, he became a session guitarist for Muddy Waters primarily. For his brilliant skill in guitar playing and strong voice, he was one of the inspirations of the sound of many British musicians, including Eric Clapton. The latter was vital in the resurgence of blues music and Buddy Guy in the late 80s and early 90s.

Buddy Guy is a recipient of many accolades, including eight Grammy Awards, a Lifetime Achievement Award, The US National Medal of Arts, and Kennedy Center Honors. He is also an inductee of the Rock and Roll Hall of Fame. Rolling stone magazine ranks him as the 23rd artist in the "100 Greatest Guitarists of All Time."

The pioneering musician, now turning 86, has been performing non-stop to continue the popularity of the blues. This year, he is accompanied by Elvin Bishop, also a Rock and Roll Hall of Fame inductee, as a member of the Paul Butterfield Blues Band. They will rock old-school style in many cities. If you want to see them live, they will be performing in Saratoga, California, at the Mountain Winery Amphitheater on Thursday, September 22. Tickets are available now!