"Uniquely recognizable, his songs tell stories to the backdrop of his virtuosic piano". A more apt description of Billy Joel cannot be found. This show Celebrating Billy Joel – America's Piano Man comes to Mountain Winery Amphitheater on Saturday 24th September 2022. One of the most respected and loved singer-songwriters of the twentieth century. Inducted into the Rock and Roll Hall of Fame and receiving several Grammy Awards, Billy Joel is remembered for his story line style of music, always accompanied by his signature piano or an organ. Several famous and recognizable tunes are uniquely and will always be Billy Joel. 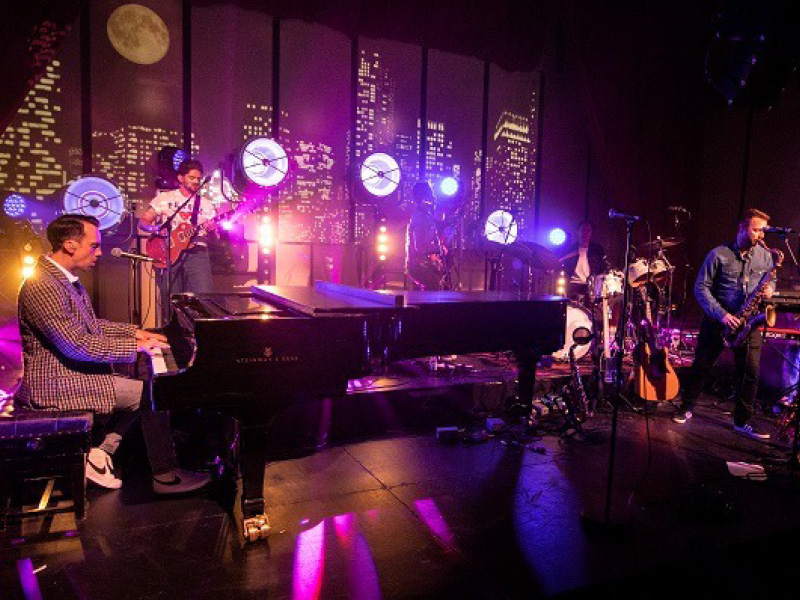 Perhaps the most recognizable song from Grammy Award winner, Billy Joel, is also his most loved, Piano Man. Arguably, one of the most loved and respected singer-songwriter musicians in this century and the last. He began his career at age 16 in 1964. Heavily influenced by the Beatles, Billy played in bands until 1970 when he went solo.

The "Piano Man" name became synonymous with Billy Joel after he penned and released his hit record in 1973. Piano Man became so popular that his hit song was used as the ending of every concert until 1979. With the release of his album, The Stranger, in 1979, the track "Scenes from an Italian Restaurant" soon became a country wide favorite. Billy Joel toured Russia in 1987 from which his reminiscing song "Leningrad" came from. 1989 saw Billy Joel produce the very popular hit song "We didn't Start the Fire". The famous "River of Dreams" was penned in 1992 and finished in 1993, and very sadly has been the last album produced by Billy Joel since 1992. In 1999 Billy Joel was inducted into the Rock and Roll Hall of Fame.