Your summer will be extra hotter as some hot dads in tight jeans invade Saratoga, California's Mountain Winery Amphitheater, this Wednesday, August 10, for an exciting concert evening filled with breezy vocals and bouncy rhythms. We're talking about Yacht Rock Revue! Yes, the Atlanta-native American rock band will bring their brand of yacht rock music to audiences of all ages. Prepare to hear a few cover songs and all-original music from their latest album, "Hot Dads in Tight Jeans." Get your tickets now and look forward to a terrific night, tight tunes, and, perhaps, tighter jeans from the one and only Yacht Rock Revue. See you there! 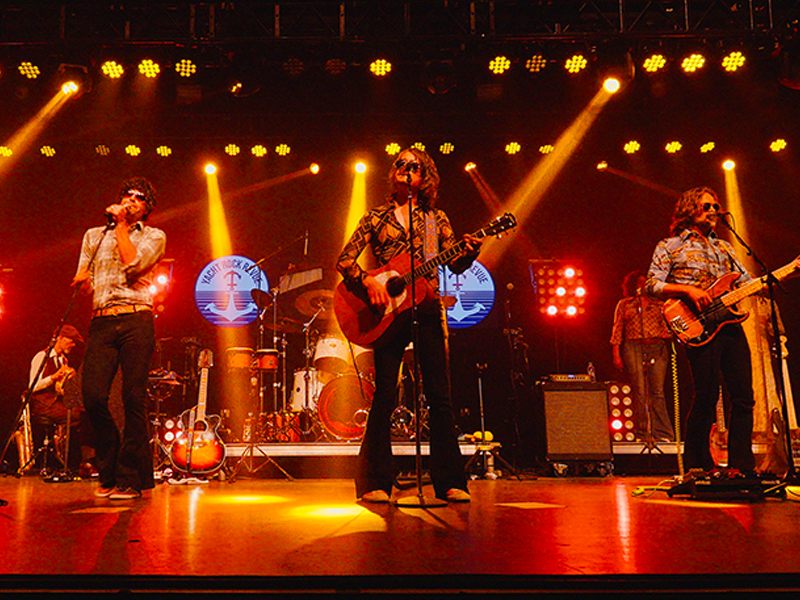 Yacht Rock Revue started as a different band. One night the former indie rock band Y-O-U led by Peter Olson and Nicholas Niespodzian, was playing in a club when they decided to perform "yacht rock," a genre popular during the 70s and 80s associated with soft rock. Their performance of the songs from the genre surprisingly was enjoyed by the audience. Since then, the supposed sideline of the band became the main routine. Theatres in multiple cities where they perform yacht rock mainly were always sold out. Because of this demand, they launched a new band named Yacht Rock Schooner in 2009, becoming the Yacht Rock Revue of today.

In the years after their launch, the band became a tribute band for the 70s and 80s pioneers of yacht rock music. However, Niespodzian continued to write original songs, which the band pursued. They released an album in 2020 called "Hot Dads in Tight Jeans." "We built this Yacht Rock thing on the power of memories and good vibes. None of that is changing; we're just gonna make a few new memories as well," Niespodzian said in an interview.

If you are looking for modern songs influenced by Bee Gees and Steely Dan, this band is perfect for you. Yacht Rock Revue is starting its tour in July and continues until February next year. If you want to catch them live, they will perform at the majestic Mountain Winery Amphitheater in Saratoga, California, on Wednesday, August 10. You can now buy tickets to see Yacht Rock Revue! Just click the "Get Tickets" button above.