Weird Al Yankovic has announced a massive 133 date tour, and he is coming to Mountain Winery Amphitheatre on 21st September 2022. The tour is an extension of his 2018 vanity tour and is called “Unfortunate Return of the Ridiculously Self-Indulgent, III-Advised Vanity Tour.” It kicks off on 23rd April and wraps up in late October. This tour will also mark Yankovic’s first appearance at the infamous New York Carnegie Hall. The artist expressed his excitement on returning to the stage and said that this tour would emphasize fan favorites instead of any costume changes or famous parody songs. A lot of fans love Yankovic’s originals as well, which is they this would be an absolute treat for them! If you want to see him live at Mountain Winery Amphitheatre, get your tickets right now before they are sold out! 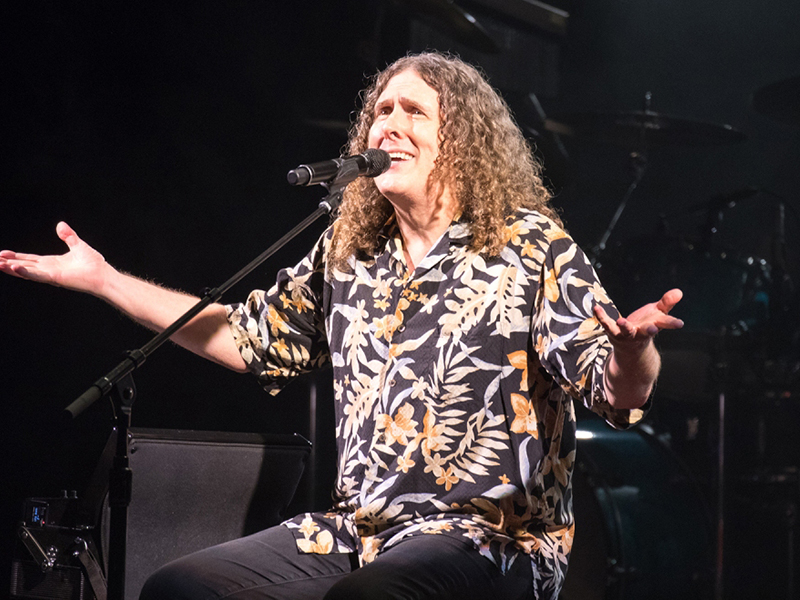 Weird Al Yankovic returns to the stage after his highly acclaimed 2018 tour with 133 countrywide performances. Emo Phillips, comedian and longtime friend of Yankovic, will be opening on all dates. Weird Al Yankovic is a five-time Grammy winner and has been nominated eleven times. He has also received four gold certifications and holds six platinum records in the U.S. As a unique comedy act with loads of parodies and originals. His numbers are astonishing, as he has sold over 12 million albums worldwide. His last album, Mandatory Fun, became his first album to reach number one in its debut week.
Fans would be looking forward to hearing his original songs and polka medleys featuring his classic accordion. This tour would not be featuring any major costume changes or video screens, but just some of his own classic music to entertain his die-hard fans. The artist also promised that each show’s line-up would be different, making this tour even more exciting. With the trek set for a staggering 133 dates, this will be one of the biggest tours of 2022, and if you’re a Weird Al Yankovic fan, you surely cannot afford to miss out on it. Make sure you get your tickets right now before they are sold out!