Trombone Shorty's Voodoo Threauxdown comes to Mountain Winery Amphitheater featuring some of the best music and legendary performers that New Orleans has to offer on Thursday, August 11th 2022. The Voodoo Threauxdown will be headlined by the legend himself, Trombone Shorty and his fantastic band, Orleans Avenue, the show also features a once-in-a-lifetime lineup of, Tank and the Bangas, Big Freedia, George Porter, Jr. and Dumpstaphunk playing the music of The Meters, Cyril Neville the Uptown Ruler, and The Soul Rebels. So, grab your tickets and get ready for the grooviest party outside of New Orleans itself, come on get ready to Threauxdown!!! 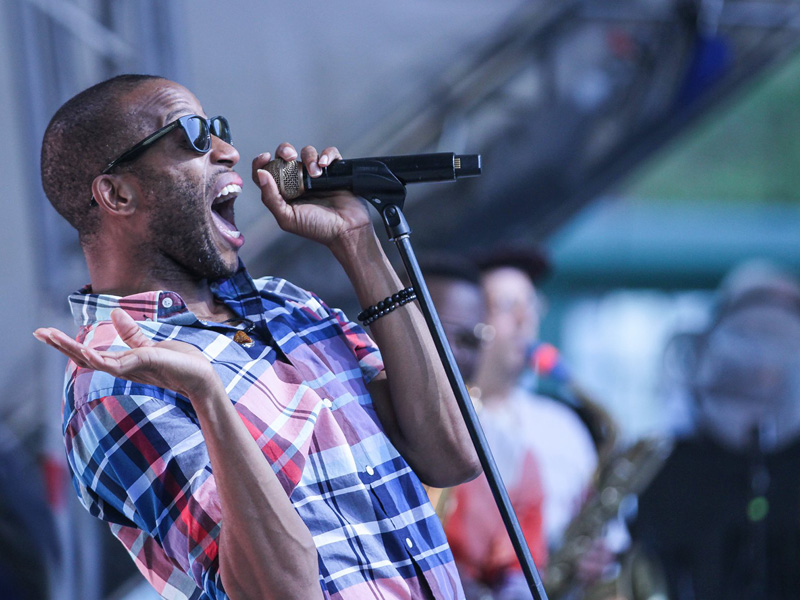 Your headliners, Troy Andrews, best known by the stage name, Trombone Shorty! Along with his amazing band, they are together known as, Trombone Shorty & Orleans Avenue. American Songwriter Magazine once described them as, “take a handful of funk, add a pitcher of R&B, toss in some jazz, sprinkle a dusting of hip-hop, and sauté that gumbo under a sizzling New Orleans flame for a flavorful musical dish. It’s what the Crescent City’s Trombone Shorty has been serving up for the better part of two decades.”

The hip hop, bounce rapper Freddie Ross Jr. is Big Freedia, and is credited with helping popularize the genre, since developing it in the early 90s. Freedia started singing in the church choir of the neighborhood Baptist church, releasing her debut studio album, Queen Diva, in 2003 and reaching mainstream in 2011 when she was named Best Emerging Artist and Best Hip-Hop or Rap Artist in the "Best of the Beat Awards."