Fall this October at Mountain Winery Amphitheater is something to look forward to, as the legendary crooner, Tom Jones, brings the heat of his "Surrounded by Time Tour" to Saratoga, California's famous venue on October 11th, Tuesday. Join the 81-year-old icon in bringing his recent hits to this side of the US. Expect to hear him sing his newer songs, such as "Talking Reality Television Blues," "No Hole in My Head," and "One More Cup of Coffee," along with his timeless hits such as "Delilah," "It's Not Unusual," "Green, Green Grass of Home," "Kiss," "Sex Bomb," and many more. Grab your tickets now and prepare to feel the Tom Jones magic all over again! See you there! 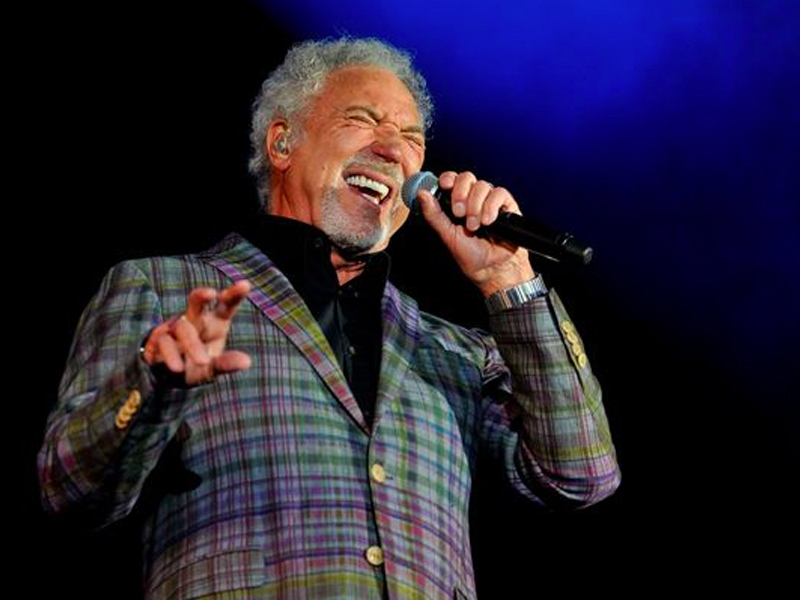 He may have been one of the oldest singers in today's generation, but Tom Jones has continually proven that age is just a number. Anyone who has heard this music icon sing at the age of 81 still knows that he hasn't lost the magic of his full-throated, robust baritone voice. As someone who has been active since the 1960s, Jones has ultimately achieved everything any singer could ask for: countless #1 hits, numerous awards and recognitions, over 40 studio albums, an acting career, influence in pop culture, and a legacy that will live forever. Tom Jones is a household name and indeed a powerhouse on his own.

As a well-rounded performer, he can pull off any performance, ranging from pop, R&B, show tunes, country, dance, soul, and gospel. Thus, it's no surprise why critics have always praised him for his versatility. In 2008, the New York Times called Jones a musical "shape shifter," who could "slide from soulful rasp to pop croon, with a voice as husky as it was pretty."

Jones has sold over 100 million records, with 36 Top 40 hits in the UK and 19 in the US, including "It's Not Unusual," "What's New Pussycat?" "Green, Green Grass of Home," "Delilah," "She's a Lady," "Kiss," and "Sex Bomb." We can all hear these songs live once again, along with more recent ones from his 2021 album "Surrounded by Time," this October 11, Tuesday, at the Mountain Winery Amphitheatre at Saratoga, California. His stop at the famous California venue is one of the only 15 dates on this North American tour. So be sure to get your tickets now by hitting the "Get Tickets" link.