You'll surely feel the Good Vibrations this Sunday, September 11, 2022, as the rock n roll pioneers, The Beach Boys, sing their way to Mountain Winery Amphitheater. As part of their "Sixty Years of the Sounds of Summer" tour, the Rock & Roll Hall of Fame band will be stopping at the iconic Saratoga, California venue to give their loyal fans —both young and old— one of the most enjoyable concerts this summer. The boys may have grown into fine men all these years, but their songs' youthful exuberance and surf culture remained a legacy for all generations to behold. Thus, this concert is truly for the entire family. So book your tickets now, buy one for each of your family and friends, and prepare to sing "Surfin' USA" while sippin' a glass of wine at Mountain Winery Amphitheater! See you there! 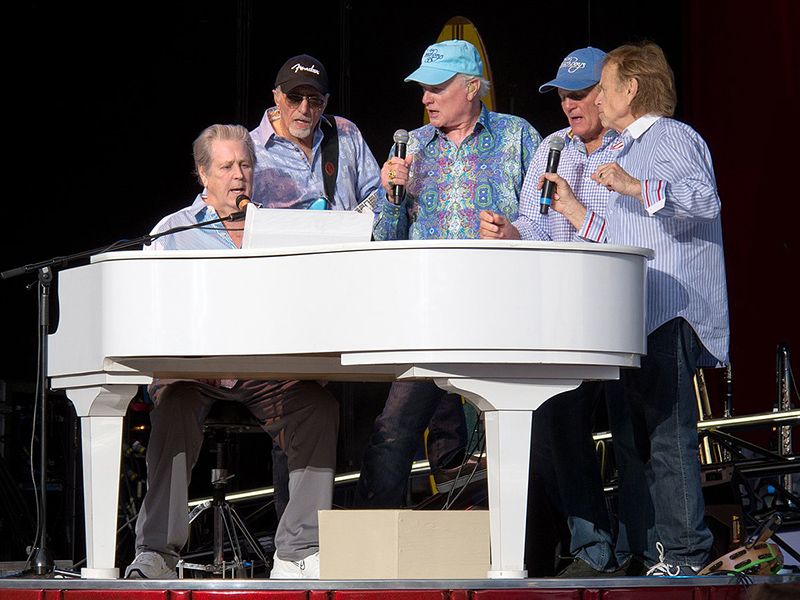 As one of the most critically acclaimed and commercially successful bands of all time, The Beach Boys undoubtedly etched their legacy into the American pop culture. Their 1961 hit "Surfin' USA" propelled the band into international stardom. The boys' easy-going lyricism presented through sophisticated, pioneering musical arrangements set the group apart from any other musical acts when they started. In fact, they were the only act able to challenge —for a brief time— the overarching success of the Beatles with both mainstream listeners and the critical community.

The band transcended their music and has come to represent Californian culture. Thus, fans all over the world got a glimpse of the youthful exuberance and surf culture in the US through their trailblazing music.

Six decades later, the Beach Boys have done it all and achieved everything an artist could only dream of: over a hundred million records sold, a Grammy Lifetime Achievement Award, a Rock n Roll Hall of Fame induction, to name a few. The Beach Boys are an ICON and a LEGEND!

This year, the boys will be hitting the road to bring their loyal fans one of the most monumental tours this concert season. Dubbed "Sixty Years of the Sounds of Summer" Tour, the Beach Boys will celebrate their six decades of longevity with a string of shows worldwide. Their North American leg will kick off May 6 in Minnesota with other stops in Canada, San Diego, Washington, and other cities. The tour comes on the heels of the debut of the new single "Beach Boys" by country duo Locash featuring The Beach Boys' co-founder Mike Love and longtime bandmate Bruce Johnston.

The band will stop at Saratoga, California's Mountain Winery Amphitheater, this Sunday, September 11. Don't miss this legendary band performing one of the most highly-anticipated returns to the touring circuit. Click on the "Get Tickets" button to order your tickets now!