The majestic Mountain Winery Amphitheater will light up this fall with the retro-soul sounds of the band St. Paul and the Broken Bones. The American eight-piece soul band will stop at the famous Saratoga, California venue to bring the intensity of their "The Alien Coast Tour" and entertain their dedicated fans with songs from their newest album. The gospel-tinged tunes will surely be heard loudly as the dynamic Paul Janeway sings their massive hits, such as "All I Ever Wonder," "Call Me," "GotItBad," "Apollo," and many others. Be among the first to hear "Minotaur," "The Last Dance," and other great songs from their latest record. Let St. Paul and the Broken Bones' incredible showmanship and musicality bring joy to your dull Thursday night. Get your tickets now! 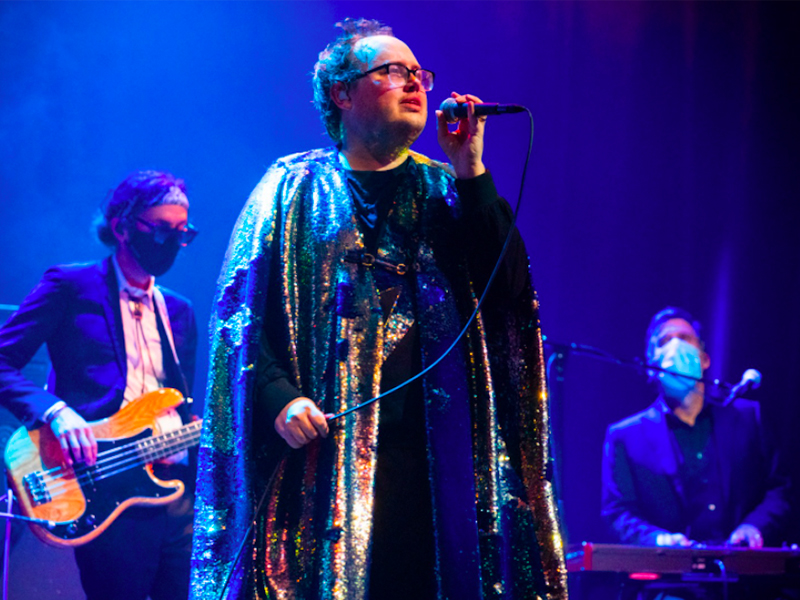 St. Paul and the Broken Bones is a soul band created by Paul Janeway and Jesse Phillips. The two were planning to develop a final project before they prioritized other careers when they came up with something that had potential. Derailing their supposed hiatus after the project, they created the band St. Paul and the Broken Bones. The band's current lineup includes Paul Janeway on vocals, Browan Lollar on guitar, Jesse Phillips on bass, Kevin Leon on drums, Al Gamble on keyboards, Allen Branstetter on trumpet, Amari Ansari on saxophone, and Chad Fisher on trombone.

In their career, they have released four albums, namely: "Half The City" (2014), "Sea of Noise" (2016), "Young Sick Camellia" (2018), and "The Alien Coast" (2022). The first three albums all peaked in the top 60 US charts. Also, many of their songs are featured in many films and TV shows, such as in Los Angeles, Grey's Anatomy, Big Little Lies, Suits, Black Lightning, ESPN, Fifty Shades of Grey, Life of the Party, The Gambler, Mob Wives, Stitchers, and Switched at Birth.

In support of their new album, they started touring, which began in March. They will perform at the Mountain Winery Amphitheater in Saratoga, California, on Thursday, September 29. Tickets are now available. Get yours now!