Multi-talented singer-songwriter, and producer Smokey Robinson comes to Mountain Winery Amphitheater on Saturday, September 17th 2022 with such an illustrious musical career. Smokey Robinson began his entertaining career in 1955, at the age of 15 and 67 years later, 2022, he is as energetic and as entertaining as he was at the beginning. He was the founding father and driving force behind the creation of Motown Records, and was instrumental in recording and working with some of the all-time greats. Lead singer for the Miracles, founding father and later Chairman of Motown Records, a real inspiration to so many people. 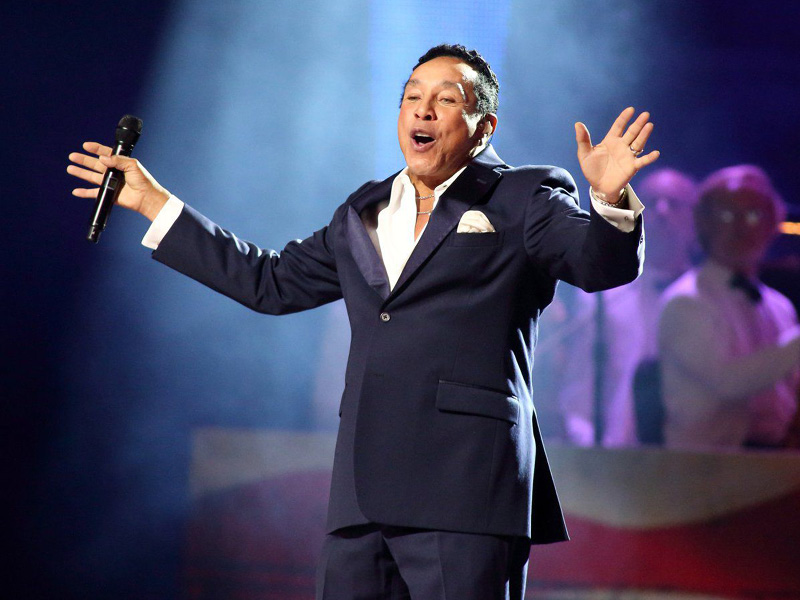 Smokey Robinson can truly be called multi-talented singer-songwriter, producer, musician, businessman, and he is known world-wide, in the industry and to anyone who listens to music. Starting a musical career at age 15, he was instrumental in creating and growing Motown Records to one of the biggest recording studios, where he recorded famous names like The Temptations, The Supremes, The Four Tops, to name a few. His charismatic nature and musical genius has been an inspiration to so many people, even the Beatles openly admit to his influence on their music, and many of his songs featured on their albums, and the Rolling Stones have also covered some of his songs on their albums and at their concerts.

Smokey received his first Grammy Award way back in 1988 and has been inducted into numerous Halls of Fame. In 2009, was given an Honorary Doctorate from Berklee College of Music. He was awarded the Society of Singers Lifetime Achievement Awards in 2011, and in 2015 he received the BET Lifetime Achievement Award, followed by the Golden Plate Award of the American Academy of Achievement in 2019. And now in 2022 he has announced that he is still willing and able to once again tour and perform at theaters and venues to sell-out crowds!