She And Him [CANCELLED] Tickets

Get prepared for the first of its kind tour by the superb singing duo, She & Him. As a part of their 2022 ‘Melt Away Tour: A Tribute to Brian Wilson’ they will be visiting the Mountain Winery Amphitheater on Thursday the 23rd of June. You can be there to experience the live vocals of Zooey Deschanel and M. Ward by simply booking your tickets. Book them whilst you still can and guarantee that you will not miss out on the cool, stylish renditions of She & Him’s covers of great songs and their powerful, eloquent vocals. it will be an unforgettable concert. 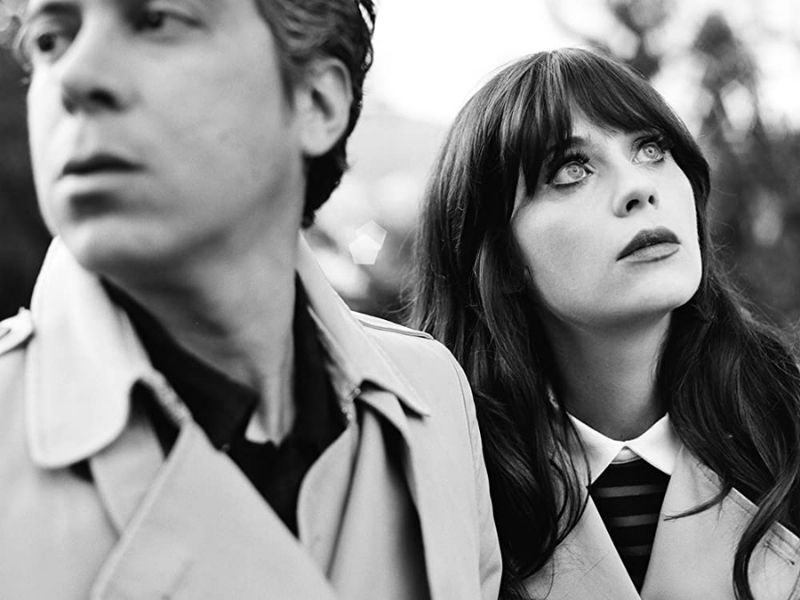 Earlier this year the duo She & Him posted an announcement for their 2022 ‘Melt Away Tour: A Tribute to Brian Wilson’, a travelling musical ode to the big name behind The Beach Boys. It is no mean fete to be covering songs from one of the most innovative and significant songwriters of the 20th century, but with their covers, such as ‘Darlin’’ and ‘Melt Away’, they show the beauty of the songs whilst also adding their own style to them. She & Him released their debut album in 2008, titled ‘Volume 1’, and they have built a reputation for their varying stylistic approaches to various covers and original material. Their first album was a range of country-tinged songs with a vintage sound. Deschanel and Ward have built a repute for often collaborating and featuring on each other’s solo albums as well as various side projects too. And, this tour is even more special, as despite the time of year, it will feel like Christmas has come early as it is their first non-festive tour since 2013. They will also be performing tracks from their ‘Volume One’, ‘Volume Two’, and ‘Volume Three’ albums, as well as paying tribute to Brian Wilson. So, make sure you’re there, it will be brilliant!