This year, Scott Bradlee’s Postmodern Jukebox is back on the road after its touring hiatus due to the pandemic, and they are bringing the Grand Reopening Tour to Saratoga, California! On Sunday, 19th June 2022, the iconic jazz music collective takes over the Mountain Winery Amphitheater! For their show at the Mountain Wintery, the group had prepared a specially-curated and extensive setlist of hits and covers. Fans can expect to hear jazz renditions of their favorite pop and rock hits, like “Happy Days Are Here Again,” “Seven Nation Army,” “Nothing Else Matters,” and many more! If you love jazz, you should get your tickets now and check out Scott Bradlee’s Postmodern Jukebox at the Mountain Winery Amphitheater! 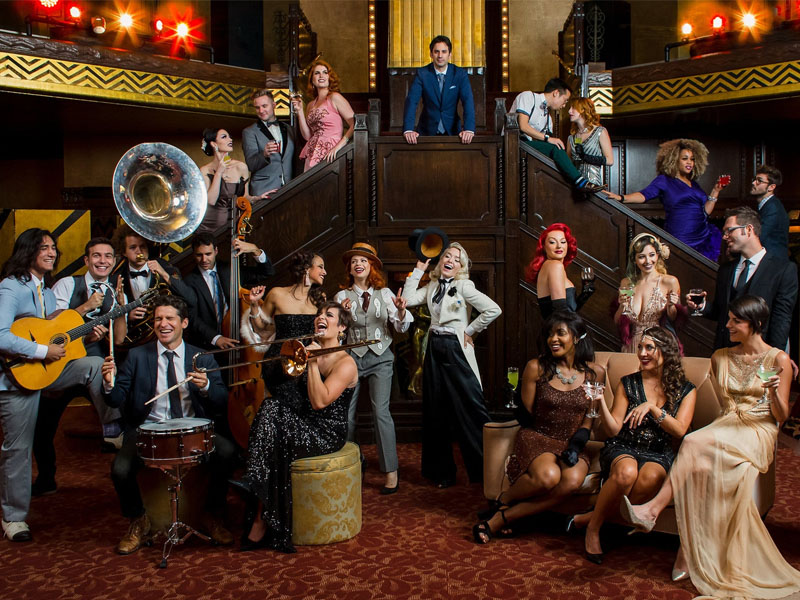 Postmodern Jukebox (PMJ) is the brainchild of musician Scott Bradlee. The arranger and pianist founded the group in 2011. Initially, the group performs covers of contemporary music hits and reworks them to retro music styles with jazz and swing influences. The performances are filmed and posted on Youtube, amassing a total of 1.8 billion views as of 2022. PMJ has covered songs from Lady Gaga, Olivia Rodrigo, The Strokes, Kid Laroi, and many more.

PMJ consists of musicians on rotation. Led by Scott Bradlee, the group has been joined by over 70 musicians, traveling and performing all over the world. The group would occasionally feature renowned guest vocalists, such as singers from American Idol, rock duo The Rembrandts, and even unlikely personalities, such as professional wrestler Xavier Woods.

In 2013, PMJ released its first EP, Introducing Postmodern Jukebox. The record peaked at number 8 on the Jazz Albums and number 31 on the Top Heatseekers chart. The following year, PMJ released four records, all entering the top 10 of the Jazz Albums. PMJ continuously released several highly-acclaimed records until 2021, each performing impressively on the Jazz Albums chart. Their latest record, The Essential III, features covers of hit songs, such as “Careless Whisper,” “Video Killed The Radio Star,” “Bad Romance,” and “Shake It Off.”

*Concert setlist may change without prior notice.