You'll definitely feel to be "in the arms of an angel" as you listen to the distinct angelic voice of the Grammy-award-winning singer Sarah McLachlan this Wednesday, June 15th, at the Mountain Winery Amphitheater. Join the Canadian singer in an evening of intimate songs, stirring blends of piano ballads, riveting acoustic numbers, and captivating between-song storytelling. Accompanied by the world-renowned cellist Vanessa Freebairn-Smith, McLachlan's engaging and charismatic presence will make your ordinary Wednesday night a celebration and nostalgia as you sing along to her classic hits such as "I Will Remember You," "Aidia," "Angel," and "Sweet Surrender," among many others. Click on the "Get Tickets" link on this site to book your tickets now! 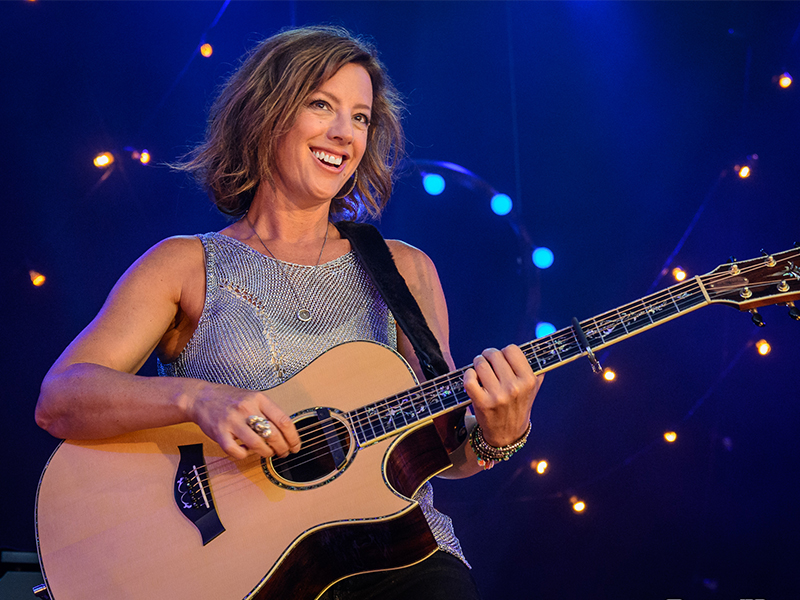 Known for her engaging and charismatic presence on stage, the Canadian singer Sarah McLachlan is one of those artists who have unmistakably distinct voices. As most critics say, she is one of those very few singer-songwriters who "mine the dark depths of a broken heart but leaves the listener still feeling hopeful and optimistic about the world."

The Nova Scotia-native rose to fame through her 1988 Canadian platinum debut album titled "Touch," which also became certified gold in the US. From then on, Mclachlan became a household name among music lovers who could not get enough of her tender and lyrical songwriting skills. In 1997, she won two Grammy awards courtesy of her hits "Building a Mystery" and "Last Dance." Two years after, she bagged a Grammy again for Best Female Pop Vocal Performance for her live version of "I Will Remember You."

Her success in the US and Canada continued with albums like "Afterglow," "Wintersong," and "Shine On." In 2017, McLachlan was inducted into the Canadian Music Hall of Fame.

Today, the Juno and Grammy-award-winning singer is back on the road for a post-pandemic tour on select dates across the US and Canada. Her Saratoga, California stop will feature the Los Angeles-based cellist Vanessa Freebairn-Smith. With a diverse and prolific career that spans both music and motion picture, Vanessa's addition to this event makes it all the more exciting.

Book your tickets now, and let these two incredible women captivate you in an evening of powerful music.