One Night of Queen - Gary Mullen and The Works Tickets

Do you want to experience the music of one of the greatest British rock bands of all time? Head to Mountain Winery Amphitheater this Sunday, July 24, to witness the best Queen tribute band, Gary Mullen and the Works, in the "One Night of Queen." The word-famous Mullen will perform Queen's greatest hits, such as "We Are The Champions," "We Will Rock You," "Another One Bites The Dust," and "Bohemian Rhapsody," among many others. Bring the entire family and be amazed at Mullen's voice and looks that seem much of a muchness with Freddie Mercury. Get your tickets now and prepare to witness Mullen bring the legendary Queen frontman back to life in a two-hour energy-filled concert that would genuinely excite audience members of all ages. Click the "Get Tickets" button to order your tickets now! 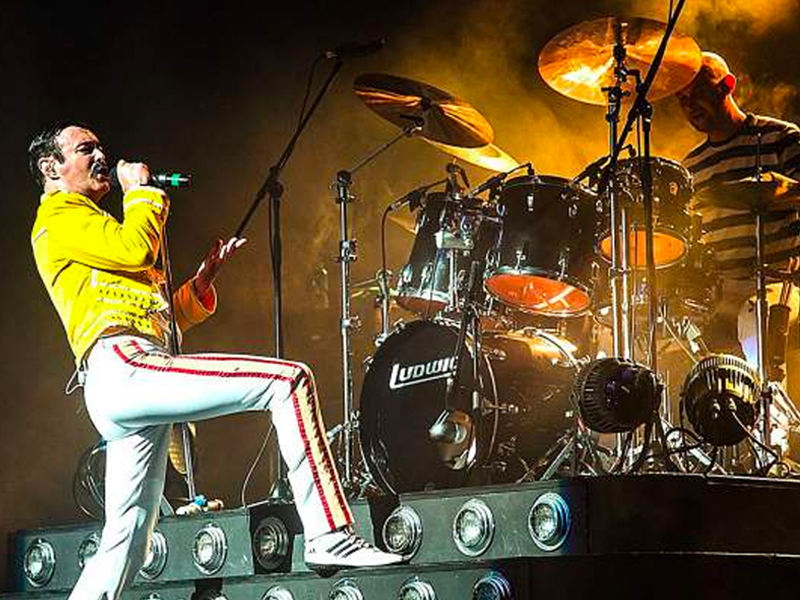 The conception of One Night of Queen began as Gary Mullen impersonated Freddie Mercury in Stars in Their Eyes, a show about emulating favorite artists in the UK. Because of the demand of fans and the approval of Queen lead guitarist Brian May, Mullen created the tribute show and his band, The Works. Since 2002, the beloved show has been performing worldwide, from the UK to New Zealand. It also garnered admiration from celebrities such as Kevin Pollack and Rick Astley. The show was also invited to perform at the BBC Proms twice and performed with the legendary musician Barry Manilow.

One Night of Queen celebrates its 20th anniversary this year, with so many surprises to expect. "Well, this year we've kind of brought – because it's a 20th anniversary – we brought stuff back that we did on our first ever show," says Mullen in an interview.

Rocking their summer US tour this year, Gary Mullen and The Works will let you experience Queen's live performance all over again. The show will bring you the hit songs "Bohemian Rhapsody," "We Are the Champions," "We Will Rock You," and many more. California fans, buy your tickets now as One Night of Queen comes to Mountain Winery Amphitheater in Saratoga, California, on Sunday, July 24. You can secure tickets here by clicking the "Get Tickets" button!