The godfather of funk, George Clinton, makes his return after announcing his retirement four years ago! The Rock and Roll Hall of Famer, who was lauded for helping shape the music industry into what it is today, is embarking on a long-overdue tour in the U.S. and Canada! The North American outing, One Nation Under A Groove Tour, will stop at the Mountain Winery Amphitheater in Saratoga, California, on Friday, 19th August 2022! This show will feature George Clinton and his funk collective Parliament Funkadelic, Karl Denson’s Tiny Universe, and the Motet! Grab your tickets now and see the funk legend light up Mountain Winery Amphitheater! 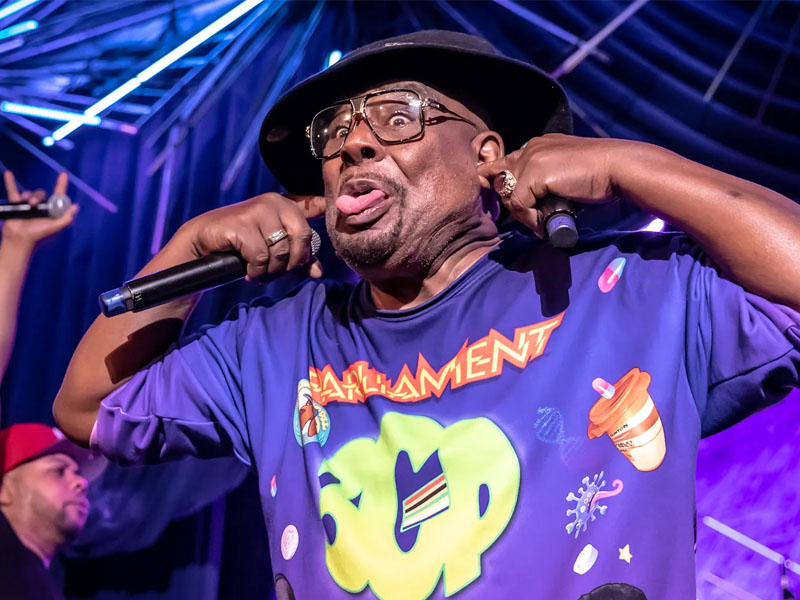 George Clinton is regarded as one of the forefathers of funk. His exemplary music and accomplishment as an innovator, alongside his equally legendary peers such as James Brown and Sly Stone, has molded the modern music scene to what it is today. His contributions to R&B, soul, hip-hop, and other genres are unprecedented. His 1982 debut album, Computer Games, is hailed as one of the greatest albums of the decade. Featuring the timeless classics “Loopzilla” and “Atomic Dog,” the debut album is one of the hallmarks of funk and the beginning of an incredible music career. After a remarkable debut, Clinton released seven more highly-regarded and influential studio albums. His music and accomplishments have caught the attention of several prestigious awarding bodies. Thus, Clinton was inducted into the Rock and Roll Hall of Fame in 1997 and awarded the Grammy Lifetime Achievement Award in 2019.

Clinton’s long-time booking agent, Nick Szatmari from Universal Attractions Agency, mentioned that Clinton has single-handedly pushed the music forward more than any other artist. “George has influenced artists across so many cultures, generations, and genres. Our musical lives would not be the same if we never had George Clinton, and this is a once-in-a-lifetime chance to come together and witness first-hand the next chapter of his iconic career being written before our eyes.”