You won't be wishing your mama to rock you like a Wagon Wheel this summer because the music of the Old Crow Medicine Show is enough for you to groove and dance at Mountain Winery Amphitheater. The Grammy-award-winning Americana band will be gracing the famous Saratoga, California venue with an exhilarating show this Wednesday, July 13, as a part of their "Paint This Town Tour." Joined by the singer-songwriter Molly Tuttle, Old Crow Medicine Show will be performing newer songs from their latest album "Paint This Town," as well as their career-defining hits, such as "Wagon Wheel," "Sweet Amarillo," "Alabama High-Test," and "Down Home Girl," among many others. This is going to be one of the best folk-country concerts that will take place in the magnificent Mountain Winery Amphitheater. So grab your tickets now and prepare to say "heehaw" for Old Crow Medicine Show and Molly Tuttle! 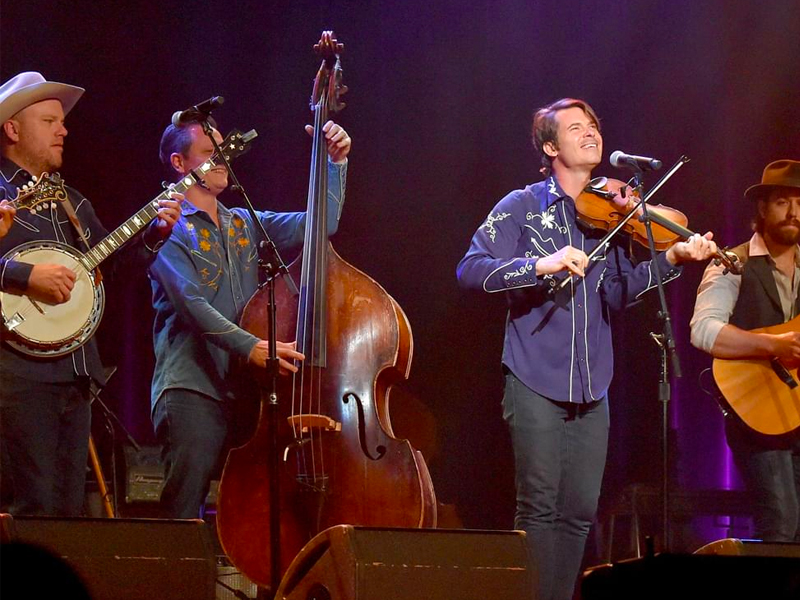 The Americana string band Old Crow Medicine Show credits their rise to popularity to folk-country legend Doc Watson when they were discovered busking outside a pharmacy in North Carolina. "Boys, that was some of the most authentic old-time music I've heard in a long while. You almost got me crying," the legend said after listening to the band for the first time. After this encounter, the string band that performed on the streets since 1998 has become a legend themselves. Since then, their band has become a member of the revered Grand Ole Opry and won 2 Grammy Awards for "Best Long Form Music Video" in 2012 and "Best Folk Album" in 2015 for their album "Remedy."

On the other hand, Molly Tuttle, a vocalist, songwriter, banjo player, and guitarist, is well known for being an expert in bluegrass instrumental playing, which she won for 2 years in 2017 and 2018. Her 2018 song "You Didn't Call My Name" also won the International Folk Music Awards for "Song of the Year." She is known for collaborating with many artists; one of these is the Old Crow Medicine Show in 2019.

Fans of their 2019 collaboration, your long wait is over as Old Crow Medicine Show and Molly Tuttle are back on tour. This impressive collab will be playing in the beautiful Mountain Winery Amphitheater in Saratoga, California, on Wednesday, July 13. Prepare to jam to old-time country and bluegrass music. Tickets are still available. To get yours, click the "Get Tickets" link on this site.