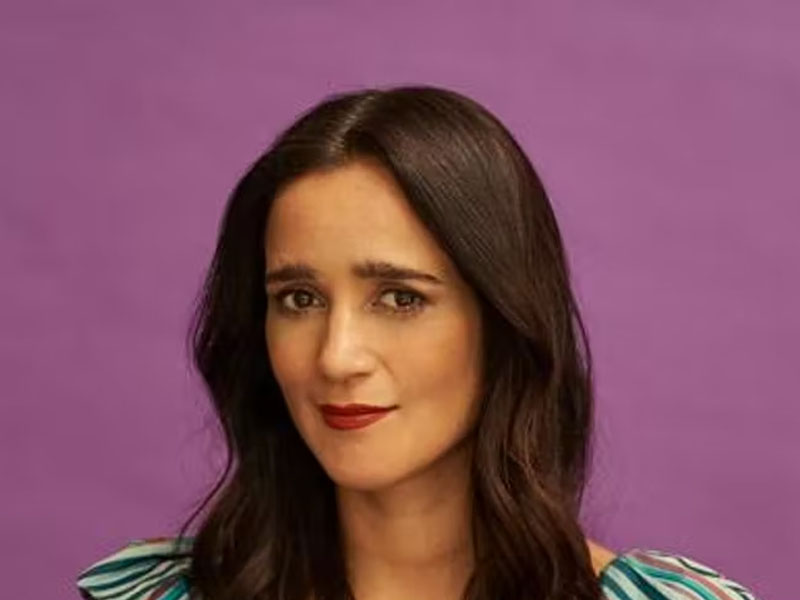 Julieta Venegas is a multi-instrumentalist who has captivated the world with her Spanish rock singles. The American-born musician is among the most in-demand performers in Spanish-speaking countries, including Spain, Mexico, Colombia, and Argentina. Now based in Buenos Aires, Venegas’ tour schedule is jam-packed with dates all over the world.

She released her debut album, Aqui, in 1997. The highly-regarded album performed moderately well in terms of sales, selling 300,000 copies worldwide. Three years later, she released her follow-up album, Bueninvento, which sold half a million copies. The sophomore effort spawned three singles, "Sería Feliz,” "Hoy No Quiero,” and "Siempre en Mi Mente.” The album was nominated for Best Rock Solo Album at the 2020 Latin Grammy Awards. Venegas had her first breakthrough in Argentina with her third album, Si. The album won Best Rock Solo Album at the Latin Grammy Awards and was nominated for Best Latin/Rock Alternative Album at the Grammy Awards. Sí topped the mainstream chart in Argentina and Mexico and peaked at number 4 on the Billboard Pop Latin Albums chart. The album, which sold more than 2.25 million copies worldwide, earned double platinum status in the U.S. and gold in Argentina.

The follow-up album Limon Y Sal became Venegas’ highest-charting album to date. The 2006 effort topped the charts in Argentina and Mexico, as well as the U.S. Latin charts. Featuring the hits “Me Voy,” “Limon Y Sal,” “Eres Para Mi,” and more, the album sold over four million copies worldwide and earned platinum status in the U.S., Argentina, and Spain and gold status in Venezuela, Colombia, and Italy.