A night filled with gentle and soothing melodies, paired with powerful lyricism and incredible musicianship, awaits concert-goers of Mountain Winery Amphitheater this Friday, August 26. The Indie folk musician Jose Gonzalez will perform at the popular California venue as part of his 2022 tour. Together with the rising Los Angeles-based singer-songwriter Sam Burton, Gonzalez will blow away audiences with his authentic music epitomized by many of his hits, including "Heartbeats," "Step Out," "Stay Alive," "Swing," and many others. If you are down for a night of unique music that will calm your soul, this show is for you. Grab your tickets today. Hit the "Get Tickets" button to reserve your tickets now. 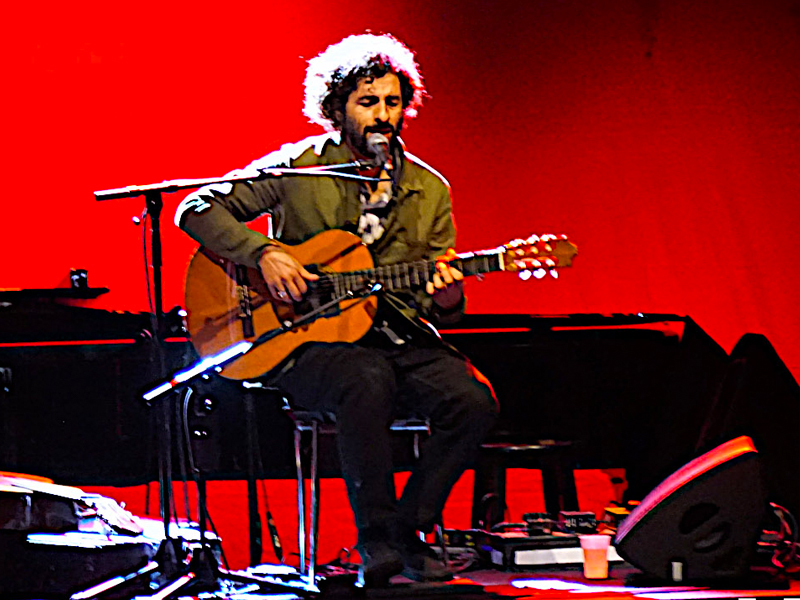 Indie folk musician Jose Gonzalez is known for his gentle and soothing melodies and lyrics, which have not changed in his 19 years of solo music career. Ironically, he started as a member of a hardcore punk band during the 90s. Yet his soft voice and smooth sound in his debut album "Veneer" in 2003 had a way of capturing the people who listen to it. He found his sound, and people loved it. Subsequently, in 2005, his cover of the song "Heartbeat" by the band The Knife grabbed so much attention, catapulting him into the mainstream. Currently, he only has four albums released. He is an artist known for taking the time to produce new music to share, but he is not forgettable. His somehow melancholic voice, profound philosophical lyrics, and elaborate guitar plucking give a sense of comfort that people yearn and go back for from time to time.

In 2021, after six years of not releasing music. The crooner returned with an album called "Local Valley" that is as lulling as his past albums and "goes to deeper depths by asking often unfathomable questions that are now newly relevant in today's troubled, tumultuous environs," according to American Songwriter.

Gonzalez is on tour this year, and no other place is more perfect for his performance than the open and magnificent Mountain Winery Amphitheater in Saratoga, California, which has an ambiance that perfectly fits his sound. He will perform in the theatre this Friday, August 26. With him is folk singer Sam Burton known for his wistful and old-school music. If you're looking for a nurturing event, this concert is for you. Get your tickets now before they sell out, as the musician has a reputation for selling out shows quickly.