With their stunning folksy harmonies, enduring friendship, 35+ year career, and powerful, uplifting songs, Indigo Girls make every concert feel like coming home! Fans can catch the duo at Mountain Winery Amphitheater on Thursday 12th August 2021 as part of their rescheduled Look Long Tour, that celebrates their latest album! Look Long sees the two talented singers and songwriters at their most personal and triumphant, and that's exactly how you'll feel in the crowd watching them perform live once more! 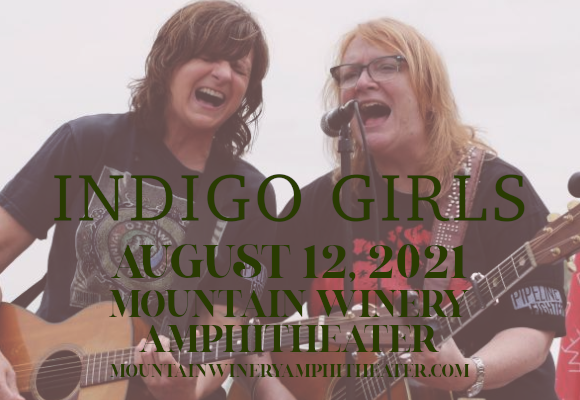 Folk rock duo Indigo Girls (Amy Ray and Emily Saliers) met at elementary school in DeKalb County, Georgia and began performing together as high school students. They reconnected at Emory University in Atlanta and began performing together as Indigo Girls and signed to Epic Records in 1988. Their self-titled major-label debut was released the following year and brought them their first hit with "Closer to Fine" as well as a Grammy Award for Best Contemporary Folk Album and a nomination for Best New Artist, plus eventual double-platinum certification from the RIAA. Throughout their career, nine of the duo’s 14 studio albums have reached the Top-40 of the Billboard 200 – their highest-charting being 1997’s Shaming of the Sun, which reached number 7 – with six of them gaining gold, platinum, or multi-platinum certification. Their latest release is 2020’s Look Long, which hit number two on the US Folk Albums chart.