Iliza Shlesinger is ‘Back in Action’ with her latest tour and will be at the Mountain Winery Amphitheater on Saturday the 18th of June 2022, ready for some partying, great laughs and honest attitude with her latest stand-up. Tickets are available to buy now, so be quick and secure yours whilst you still can. It will be an amazing evening, on a ‘party’ weekend night, and a great excuse to let loose the ‘party goblins’! So, make sure you are at the Mountain Winery Amphitheater on the 18th of June to spend the night with Iliza Shlesinger as she shows she’s ‘Back in Action’. 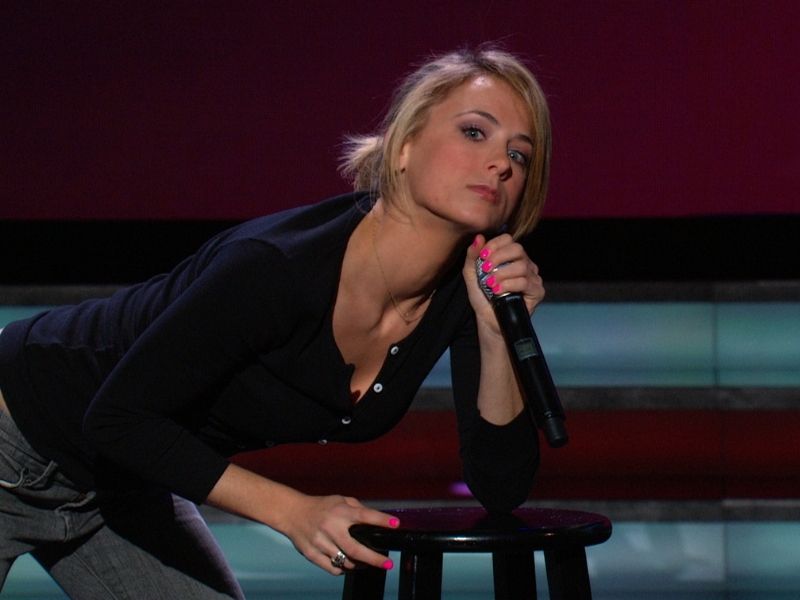 With her latest tour and her 2nd soon-to-be-released book, titled ‘All Things Aside’, both happening this year, Iliza Shlesinger certainly is ‘Back in Action’ and declaring that proudly with her punchy attitude, and after having a baby. Her 2017 debut book, ‘Girl Logic’, was a big success and readers revelled in the frank openness and humour her essays conveyed, the collection offering her distinctive perception on women’s behaviour. Throughout her career she has hosted NBC’s Last Comic Standing and is the youngest and only female comedian to hold the title of NBC’s Last Comic Standing, showing she isn’t shy to throw some punches in the comic ring with a stark, yet funny and relatable, honesty. As well as having solo tours she has also headlined for comic festivals, such as the New York Comedy Festival. Her 4th Netflix special, ‘Elder Millennial’, is another Netflix special that has been met with success, showing how Shlesinger’s humour just gets better and better with the more she experiences. So, use this as your opportunity to have the night off from daily life, to laugh hard and allow your ‘party goblin’ to let loose and to ‘get back in action’ alongside Iliza Shlesinger.