The iconic vocal group, Il Divo, brings the Greatest Hits Tour to the U.S. and stops by the Mountain Winery Amphitheater in Saratoga, California, on Wednesday 14th September 2022. The group is responsible for the hits “Regresa A Mi,” “Hasta Mi Final,” and “I Believe in You.” The tour is held as a tribute to their late member, Carlos Marin, and will have the group traverse across the U.S. in 15 major cities. For their show at the Mountain Wintery Amphitheater, classical singer Steven Labrie will join the group as the fourth singer. If you love classical music infused with modern elements, this is your chance to witness the best! Get your tickets now and watch Il Divo light up the Mountain Winery Amphitheater! 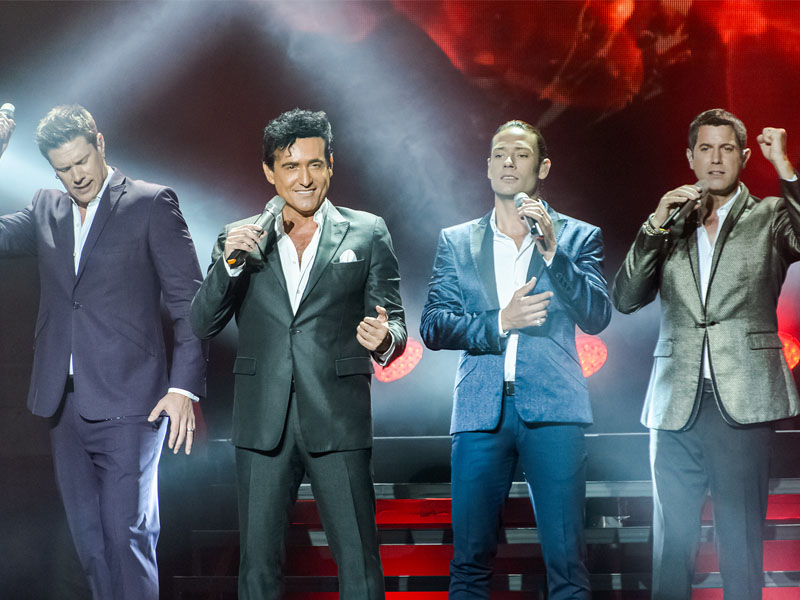 Il Divo is a commercially successful classical crossover vocal group that has released ten studio albums since their inception in 2004. Composed initially of David MillerSébastien, Izambard, Urs Bühler, and Carlos Marin, the group has sold over 30 million albums worldwide. Moreover, their records have earned multiple platinum and gold certifications in 35 countries. Their success is due to the group’s unique music style, where classical music or opera is infused with pop. Hence, the term “popera,” in which Il Divo is considered a pioneer.

The group released their self-titled debut album in 2004. The record peaked at number 1 in four countries, including the U.K., Australia, Austria, and the Netherlands. The album debuted at number 4 on the Billboard 200 chart. Another impressive record from Il Divo is their 2005 work, Ancora. The record topped the Billboard 200 chart and was also number 1 in three other countries. Il Divo’s most recent effort, For Once In My Life: A Celebration of Motown, was released in 2021. The record is a compilation of Motown hits, such as "Ain't No Mountain High Enough” by Marvin Gaye and Tammi Terrell, "For Once in My Life" by Stevie Wonder, and “My Girl” by The Temptations. This noteworthy record is just one of Il Divo’s themed efforts. The group has also recorded and released The Christmas Collection and A Musical Affair.

Tickets to see Il Divo perform at the Mountain Winery Amphitheater are now available! Get your tickets now and witness these iconic vocalists on stage on Wednesday 14th September 2022!