If you thought that the best live concerts of 2019 have already happened, then you must not have heard that Gov't Mule is making a live concert appearance at Mountain Winery Amphitheater in Saratoga California on Tuesday 27th August 2019. This performer is the hit music sensation that’s hitting the country by storm with new fans joining the discussion after every live performance. Treat yourself to incredible Tuesday night entertainment this August by marking your calendars so you don’t miss out on seeing Gov't Mule live in concert! 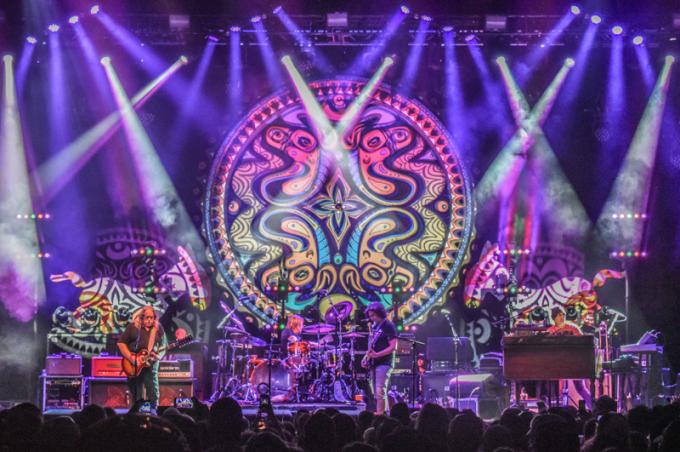 Their current tour around the USA and California brings Gov't Mule to Saratoga for a short amount time. Unrivaled charisma, off-the-charts talent and groovy music to get your body moving – this concert is set to be out of this world! What else could you expect from Gov't Mule. This is set to be another sensational event at the Mountain Winery Amphitheater which is exactly what this venue is renowned for. All prior Gov't Mule events have been sell-out performances given their jump into stardom in recent times. This is one of Augusts finest most epic live concert acts, perhaps even 2019. Avoid disappointment and make sure you reserve your tickets today. We advise arriving 30 minutes before the concert starts to allow plenty of time to find your seats and grab some beverages.

Gov't Mule first began in 1994 as a side project of The Allman Brothers Band. A southern-rock jam-band, formed by guitarist Warren Haynes and bassist Allen Woody, the group soon made their name as a live performance act whose shows often featured world-class guest performers and lengthy improvised jams. A mainstay of the North American festival circuit for several decades now, the band has a dedicated following and performs extensively. Their tenth studio album, Revolution Come… Revolution Go, was released in 2017 on Fantasy Records.

Beginning with a solo set from singer, songwriter and guitarist Warren Haynes, the show will also feature a full set of Gov't Mule material, as well as "The Dark Side of the Mule" – a set that sees the band (and some very special guests) pay tribute to the music of Pink Floyd!

Don't miss out on this outstanding concert as Gov't Mule come live to Mountain Winery Amphitheater this coming summer time!