A four-time Grammy Award-winner who grew up performing with blues legends and has collaborated with artists including Alicia Keys, Childish Gambino, Foo Fighters, and more, Gary Clark Jr. is an unstoppable force! The prolific artist, who is known for his mesmerizing and virtuosic live performances, has many years on the road under his belt, so you know that watching him live will be an unforgettable event! Catch him at Mountain Winery Amphitheater on Tuesday 14th September 2021! 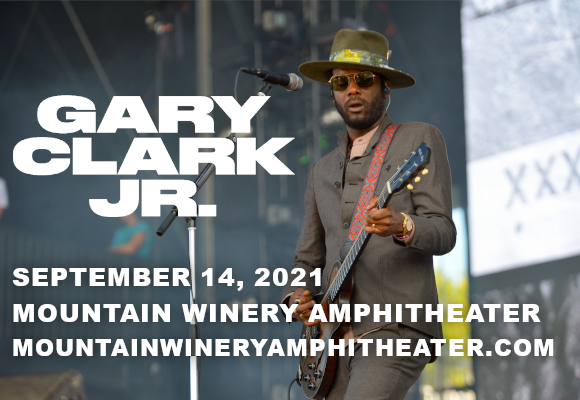 Despite having roots firmly placed in blues music, having grown up performing with Jimmy and Stevie Ray Vaughn and the other blues artists of Austin, Texas, Gary Clark Jr. has carved out a sound all his own. His ability to also incorporate elements of soul, rock, hip-hop, and R&B has seen him go from strength to strength and has led to him recording with artists as varied as Booker T. Jones, Talib Kweli, Foo Fighters, Tech N9ne, Childish Gambino, and Tom Morello, among others. Clark Jr. released his debut album, Blak and Blu, in 2012, reaching number six on the Billboard 200. He fared similarly well with 2015’s The Story of Sonny Boy Jim, which debuted at number eight on the chart. This Land, his third and most recent studio album, went in at number six and won the  Grammy Award for Best Contemporary Blues Album in 2020, with the title track winning Best Rock Song and Best Rock Performance. He also won a Grammy Award in 2014 for Best Traditional R&B performance for the song "Please Come Home".