Hey, Elvis Costello fans, get ready to Pump It Up this Sunday, September 4, as the other famous Elvis will return to Mountain Winery Amphitheater for another memorable concert. Catch the Grammy-award-winning musician with his band, The Imposters, in a night filled with performances that will remind you why Elvis is among the 100 Greatest Artists of All Time. Sing along to his career-defining hits, such as "Accidents Will Happen," "(What's So Funny) 'Bout Peace Love and Understanding," "Pump It Up," "Shipbuilding," and many more. Let the stripped-down songs from his album "The Boy Named If" take you on an entrancing ride delivered in the intensity that only Elvis himself can offer. Get your tickets now and see you at Saratoga's Mountain Winery Amphitheater for another epic night of classic rock 'n roll! 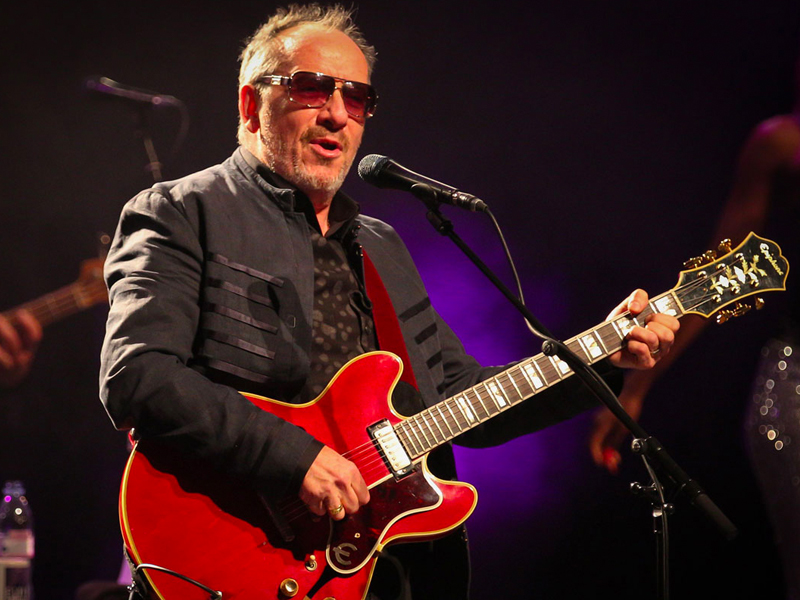 Deemed the "pop encyclopedia" by most critics, Elvis Costello is an artist who needs no introduction. Although his first name is shared by the King of Rock n Roll, Costello has proven long before that he could leave his own legacy in the rock n roll world. From his humble beginnings in the late 70s to his superstardom in the years that followed, Costello has remained relevant and continues to reinvent himself to better his craft.

His 32nd studio album, "The Boy Named If," is a testament to his vigor to still reinvent his sound without compromising his core as a rock and roll singer-songwriter. As noted by AllMusic, Costello's stripped-down album showed that "the fire that inspired him to pick up a guitar in the first place hasn't dimmed even a little." This statement is especially true for the Songwriter's Hall of Fame inductee, who, according to most critics, showed his verbal ingenuity in his latest album.

"The Boy Named If" is infused with energy and relish that befits a musician much younger than Costello's 67 years. Songs like "Paint the Red Rose Blue," "Magnificent Hurt," and "Farewell, OK" have defined what the album is and are now added to the long list of Costello fan favorites. You can hear Elvis perform these songs along with other tracks from the album and his classic hits this September 4 at Mountain Winery Amphitheater. So grab your tickets now and see you in Saratoga, California, with Elvis and the Imposters.