Let us all honor the day the music died through an incredible night of iconic songs and superior musicianship from the one and only Don McLean. Let your Saturday night this July 2nd at Mountain Winery Amphitheater be filled with iconic songs from the Grammy Hall of Fame awardee. Sing along to McLean's classic hits such as "Vincent (Starry Starry Night)," "Castles in the Air," "And I Love You So," "Cryin'," and, of course, "American Pie." Book your tickets now and get ready to sing "bye-bye, Miss American Pie" this summer at Saratoga's majestic venue. The song celebrates its 50th Anniversary, and Don McLean wants to celebrate this incredible feat with you. Thus, be sure to be there when he sings the iconic "Song of the 20th Century." Click on the "Get Tickets" button to secure your tickets. 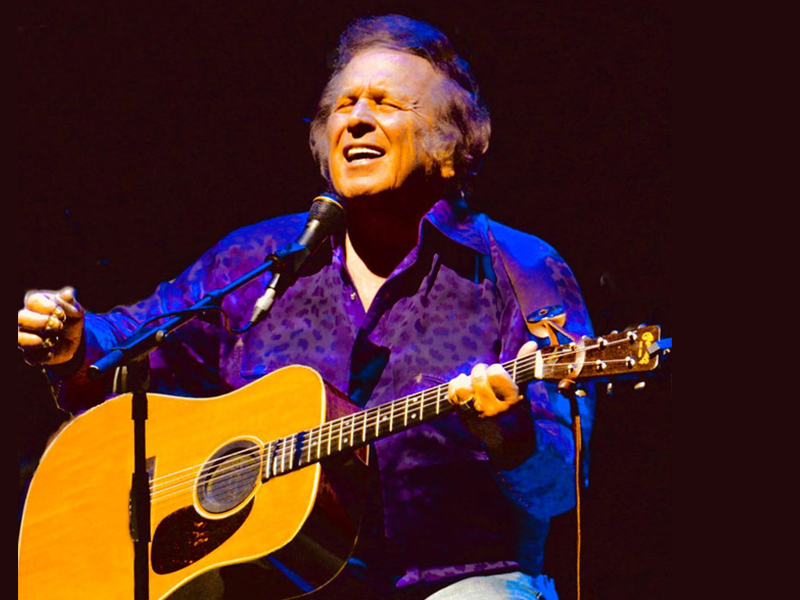 Don McLean is undoubtedly one of the greatest artists of all time. He is one of those very few who need no introduction because their works speak for their legacy in their dominated field. As for McLean, the entire music industry would never be the same without him and his masterpiece of songs like "Vincent," "Dreidel," a rendition of Roy Orbison's "Crying," a version of the Skyliners' "Since I Don't Have You," and "Wonderful Baby."

But perhaps if there is a song that defined his career, it would be his 1971 hit song "American Pie," an 8-and-a-half-minute folk-rock that most critics consider a "cultural touchstone." With a tragic back story behind it, "American Pie" is a song about the loss of innocence of the early rock and roll generation. Alongside songs by other icons such as Bing Crosby, Judy Garland, Woody Guthrie, and Aretha Franklin, McLean's composition was also voted "Song of the 20th Century." It has become an anthem and an iconic song that has stood the test of time.

At 76, Don McLean boasts one of the most decorated credentials any other artists only wish to have. He is a Grammy award honoree, Songwriters Hall of Fame member, and BBC Lifetime Achievement Award recipient. These three monumental awards add to the countless awards and recognitions he had garnered in his remarkably prolific career. This year, the music icon will embark on a world tour that celebrates the 50th anniversary of "American Pie."

"After spending the past 18 months at home, I am thrilled to be getting back on the road with my band," Don McLean said with excitement during an interview. "2022 marks the 50th anniversary from when American Pie landed at the #1 spot on the Billboard chart and we will be celebrating on tour all year long. We will be performing all the songs from the American Pie album plus many of the other hits that fans will be expecting to hear."

See you at his stop at Saratoga's Mountain Winery Amphitheater this July 2. Grab your tickets by clicking the "Get Tickets" button. See you there!