Are you ready for the co-headlining concert that will rock Mountain Winery Amphitheater this summer? Be one of the lucky concert-goers to witness the first-time collaboration of Collective Soul and Switchfoot this Sunday, August 21, on this side of Saratoga, California. The concert is part of the 40-day tour of the two legendary bands that have rocked the world for years with their alternative, post-grunge music. Jam with their classic hits, such as "Shine," "The World I Know," "Run," "Meant to Live," "Dare You to Move," and "Your Love is a Song," among many others. This is going to be a concert all generations of music lovers will enjoy. Let the pleasing ambiance of Mountain Winery Amphitheater be the perfect place for you to enjoy the timeless music of these two legendary award-winning bands. Grab your tickets today by clicking the "Get Tickets" button. 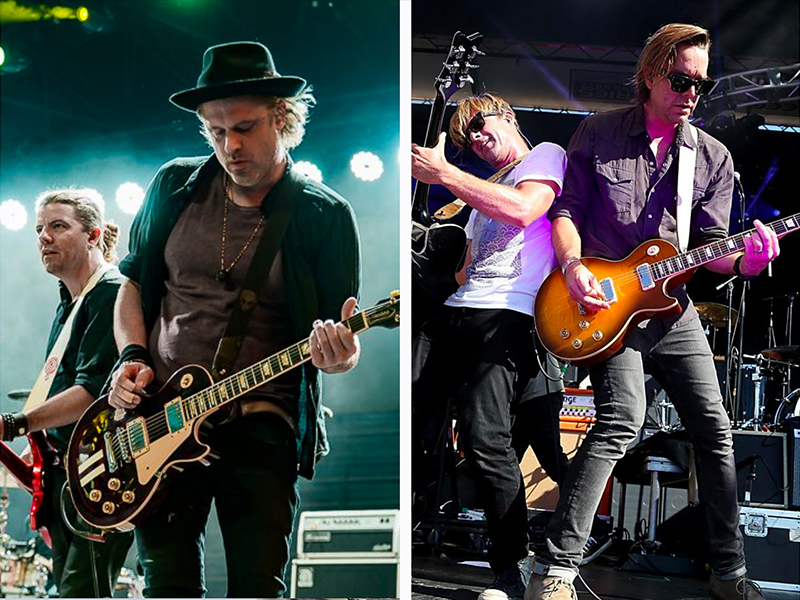 Who does not know the alternative rock/ post-grunge legend Collective Soul? Many people in different generations, especially the 90s and 2000s kids, sure know the banger songs "Shine," "The World I Know," and "December." Their songs are a journey. The band has no signs of stopping as they embark on this collaboration stint, continuing their non-stop touring in its 26th year on the road. They will be playing all their memorable hits while promoting their latest album, "Blood," released in 2019.

On the other hand, the 2011 Grammy award-winning band Switchfoot joins in on the fun bringing with them their biggest songs, such as 'Meant to Live", "Your Love Is a Song," "Ammunition," and many more. This tour will also be for the promotion of their 12th studio album, "Interrobang".
"It's always a thrill to go on tour, but this year is going to be so special because we get to be with not only our friends but a great band, Switchfoot! Southern boys meet Southern California boys, which will be a fun time for all!" says Ed Roland of Collective Soul.

For those fans of these bands, come in waves! The tour date starts on July 15 at the Hard Rock Casino in Gary, Indiana. Delightfully, the bands will come to Saratoga, California, in Mountain Winery Amphitheater on Sunday, August 21, 2022.

Enjoy this summer with the Collective Soul x Switchfoot tour. Click the "Get Tickets" button now to see this once-in-a-lifetime event.