"Does Anybody Really Know What Time It Is?" Well, it's time for you to book tickets for Chicago's second night at the Mountain Winery Amphitheatre! Whether you missed booking tickets for the first night of the multi-Grammy award-winning band in Saratoga's majestic venue or you simply want to see them again for a second time, this concert is for you to behold. This Wednesday, September 7, Catch the band for a two-hour fabulous show filled with great classic songs, superior showmanship, and the perfect blend of instruments and voices! Grab your tickets and prepare to be amazed by the band's musicality that aged like fine wine! 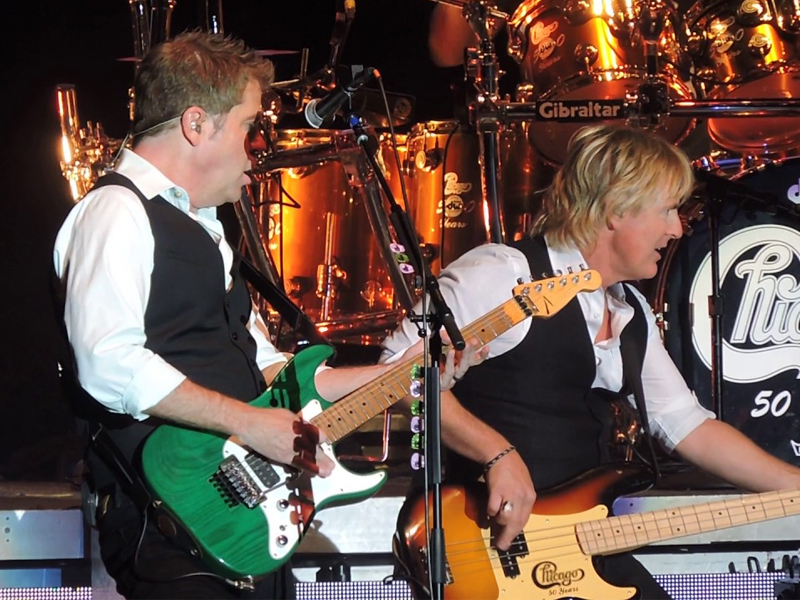 As one of the longest-running and most successful rock groups in the world, Chicago has been trailblazing the music industry since they broke into the late 1960s rock music scene. The band boasts the record of being the first rock act to sell out Carnegie Hall for a week. It is a feat that other artists —regardless of genre — would only wish to achieve. However, for Chicago, this is not hard to replicate. After all, their legacy lives on even after half a century has already passed.

The band has sold more than 100 million records and won countless significant awards. The band notably won five Grammy Awards and two American Music Awards, among several others from other award-giving bodies. In 2014, their debut album "The Chicago Transit Authority" was inducted into the Grammy Hall of Fame. In 2020, Grammy Awards honored the Windy City-native band with a Grammy Lifetime Achievement Award.

Over the decades, the band still remained relevant in the music scene, and their influence and legacy are still evident. With a number of original members still in the band, Chicago is now a perennial favorite on the classic rock touring circuit. They are still actively performing their classic fan-favorite songs in concerts at major venues around the world.

This fall, they'll be stopping at California's intimate outdoor venue: Saratoga's Mountain Winery Amphitheater. The band will perform in a two-night show that will showcase their greatest hits, such as "Glory of Love," "25 or 6 to 4," "You're the Inspiration," "Saturday in the Park," "If You Leave Me Now," "Hard to Say I'm Sorry" and "Look Away," among many others.