The Prog-rock tribute band Brit Floyd comes to Mountain Winery Amphitheater on Tuesday, June 21st, 2022. This is as close to the real thing as you are ever going to find, a like for like, note for note re-creation of the amazing Division Bell Tour from 1994 complete with an over the top, multi-million-dollar, light show, large circular screen and arch plus projection, lasers, inflatables and theatrics. Grab some tickets and get here for your turn to experience the magic of Pink Floyd, with highlights from The Wall, The Dark Side of the Moon, Wish You Were Here, Animals and The Division Bell, and for this tour only, a show stopping 23 minute 'note-for-note' recital of the legendary, age defining tune, Echoes. 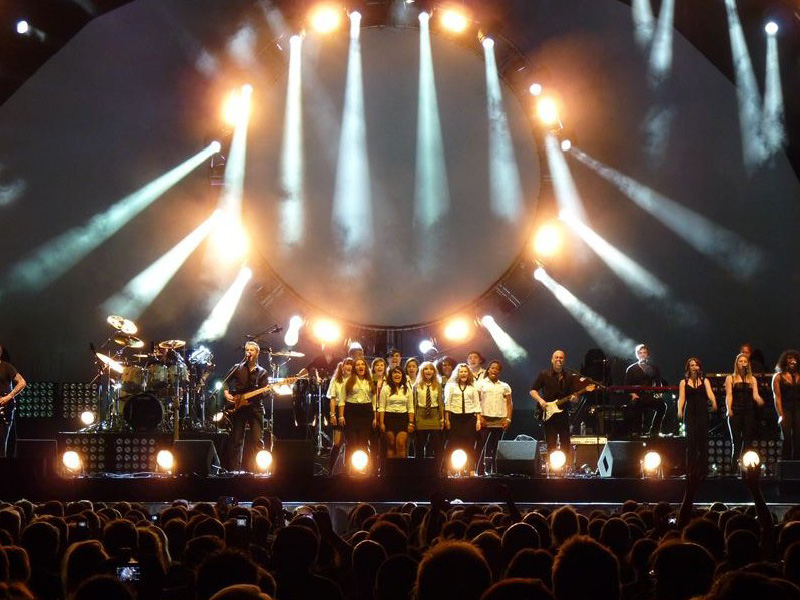 Having performed over 1,000 shows since the band’s launch in Liverpool, England in 2011, Brit Floyd have circled the world, sold out tours across, Europe, North America, South America and the Middle East, and performed concerts at some of the world’s greatest venues, including London’s prestigious Royal Albert Hall; the awe-inspiring Red Rocks Amphitheatre in Denver, Colorado; the historic Greek Theatre in Los Angeles, and ‘The Showplace of the Nation’, NYC’s Radio City Music Hall in Manhattan.