Yup, it’s another “Last Summer On Earth Tour,” – get ready for an epic show from the Barenaked Ladies, with incredible support from Better Than Ezra and KT Tunstall!! It’s all happening at the Mountain Winery Amphitheater on Tuesday 12th June 2018. Guaranteed to be a sell out show. We're all very excited – get your tickets today by hitting the “Buy Tickets,” button now!! 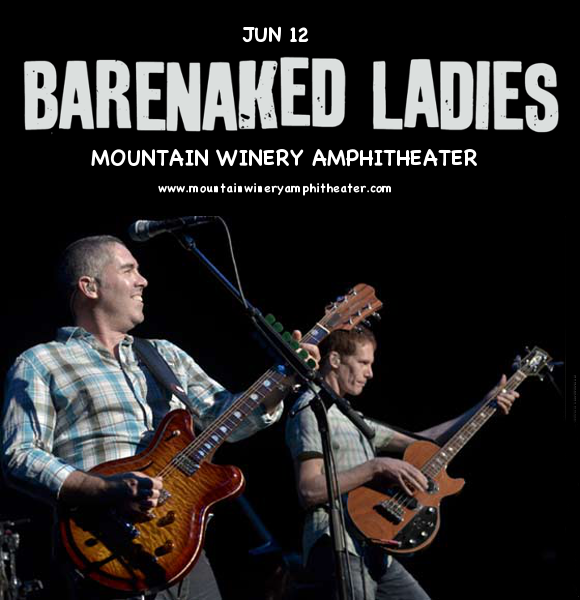 Comprised of band members Jim Creeggan, Kevin Hearn, Ed Robertson, and Tyler Stewart, the group developed a devoted following in 1991, with their self-titled cassette becoming the first independent release ever to achieve Gold certification in Canada! They were then signed to Reprise Records and released their first major label album, “Gordon”. With their style evolving hugely throughout the years, the Barenaked Ladies have established them firmly as a comedic musical favorite.

What are you waiting for?? Get your tickets NOW while you have the chance!!