It's time to unleash the 'dancing queen in you as ABBA The Concert is set to bring the best-selling music act in the history of pop music, ABBA, back to life like it's 1975, singing 'Mamma mia, here I go again! ABBA The Concert – ABBA Tribute is hitting the stage at Mountain Winery Amphitheater on Thursday, 21st of July 2022. Catch them performing ABBA's biggest pop-defining hits including "The Name of the Game", "Dancing Queen", "Thank You for the Music", and "Mamma Mia". It's going to be a legendary night full of timeless hits by the one and only ABBA at ABBA The Concert – ABBA Tribute. Book your tickets now! 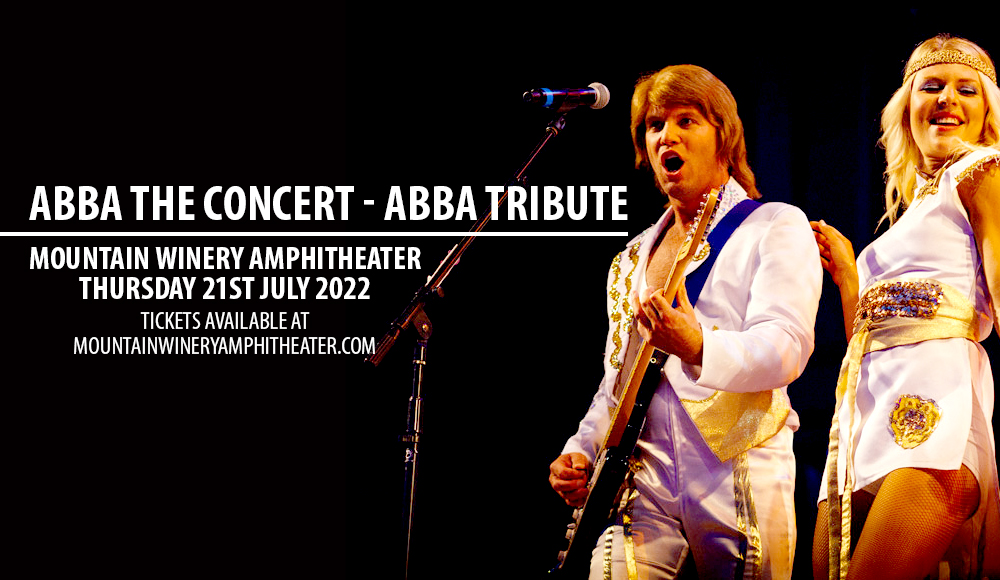 With timeless from ABBA that the world can't get enough of, ABBA The Concert – ABBA Tribute has been the world's premier ABBA tribute act to keep the legends' music alive for generations to come. Touted as 'the best ABBA since ABBA', the tribute act is set to continue replicating the ABBA experience to the stage like it's 1975!

Highly acclaimed as one of the best ABBA tribute acts, ABBA The Concert has sold out shows around the world. Unratedmag.com says “They are by far the best tribute band performing the hits of one of the best pop bands ever,"

Set to dazzle audiences of all ages, you can expect ABBA The Concert not just sing and dance the original's biggest hits, but even look and act like the original members as they nail it with sparkling costumes, alluring vocals, cheeky dance moves, and replicating every single detail.

“The acclaimed cover band … looks and sounds just like the original foursome,”

They surely give justice to ABBA's legendary timeless hits as they bring top-notch performances of their best songs including "Gimme! Gimme! Gimme! (A Man After Midnight)", "Dancing Queen", "Mamma Mia", "SOS", "Money, Money, Money", and "Take a Chance on Me".

We bet you'll be asking 'gimme, gimme, gimme more!' when ABBA The Concert gets you up on your feet singing and dancing along to ABBA's best hits that take you back to the good 'ol days of dancing it all away, singing "Ooh, see that girl, watch that scene, digging the dancing queen".

So, get ready to be taken back to 1975 as ABBA The Concert takes over at Mountain Winery Amphitheater on July 21st. Book your tickets now!