Step back in time and immerse yourself into the iconic music of the 1970s through the timeless tunes of some of the most notable acts in this year's "70's Soul Jam." Join the headliners The Stylistics this Sunday, August 28, at the Mountain Winery Amphitheater, in a night of hits from the 70s that will surely make you scream "Betcha by Golly Wow." Sing along to the band's notable tunes, such as "You Make Me Feel Brand New' "Can't Give You Anything (But My Love)," "Stop Look Listen," and many more. The Grammy-nominated band will be joined by some prominent acts in the 70s, including Enchantment, Peaches and Herb, Blue Magic, and Eddie Holman. Let the timeless songs of these incredible acts take you on a soulful journey that will leave you in complete awe. If all these sound good to you, click the "Get Tickets" button to reserve your tickets for the show. 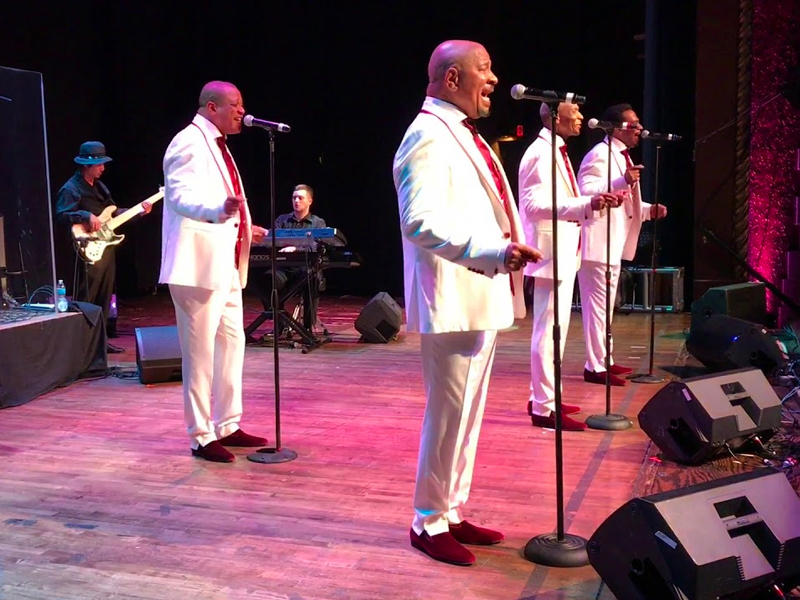 70s Soul Jam, an event for soul musicians and fans, will take you back to the golden age of soul – the 70s. That decade was marked with hit songs by soul musicians Marvin Gaye, Al Green, Temptations, the Delfonics, and many more. It was a time when the soul genre flourished. In celebration of soul during the 70s and its influence on modern music, the 70s Soul Jam takes place every year. This year it is headlined by soul bands The Stylistics, The Emotions, Peaches and Herb, Blue Magic, and Eddie Holman, who will take you down memory lane through nostalgic performances.

The first in the lineup is The Stylists. They are one of the biggest soul bands in the 70s. They have many hits, especially the songs "Stop, Look, Listen," "You Are Everything," "Betcha by Golly, Wow," "I'm Stone in Love with You," "Break Up to Make Up," and "You Make Me Feel Brand New." As a result of these hits, they gained five gold singles and three gold albums. They peaked on the international charts, particularly in Northern America and Europe, during the 70s. After that, they have a long career celebrating their 50th anniversary in 2018. To continue their legacy, they carried on performing.

Next is the girl group, The Emotions. VH1 has named them as one of the 18 most influential girl groups of all time. Their albums "Flowers," "Rejoice," "Sunbeam," "Come into Our World," and "Sincerely" are all massive hits. They have garnered many awards, particularly Grammys, and reached charts for most if not all released albums and singles. In 2001, the Rhythm and Blues Foundation awarded them the Pioneer Award for their vast contribution to the popularity of the soul genre. The remaining members, Wanda Hutchinson-Vaughn and Sheila Hutchinson-Witt, continue to perform for their legacy and remember their sister Pamela Hutchinson.

Another is the vocal duo Peaches and Herb. Through the years, Herb Fame has remained as "Herb" of the pair, while seven women have played the role of "Peaches." The duo was created in 1966 with Francine Edna Hurd Barker as "Peaches" and has remained one of the most recognizable among the "Peaches." The current "Peaches," Linda Greene Tavani, has also contributed to the duo's biggest hits. "Let's Fall in Love," "Shake Your Groove Thing," and "Reunited" are some of the iconic songs of the duo.

Joining the lineup is the band Blue Magic. The band is a famous Philadelphia soul band founded in 1972. The soul ballads "Sideshow," "Spell," "What's Come Over Me," "Three Ring Circus," and "Stop to Start" are some of their most famous songs. Their popularity peaked in 1975, reaching charts and being able to do a world tour for 42 weeks.

Last on the lineup is the gospel and soul singer Eddie Holman. "Hey There Lonely Girl," "This Can't Be True," "Am I a Loser from the Start," "I Love You," "Don't Stop Now," and "Cathy Called" are his massive hits. He is known for his voice, which is an "astonishing precision instrument which can leap octaves with the speed of mercury and bend," according to Tony Cummings, marking his place in soul music as one of the best.